Reporting season for FY21 results coincided with a macroeconomic backdrop of risk aversion across global markets. The emergence of the Delta strain of COVID across the globe during Q2 tempered expectations for economic growth, driving a rally in bonds (the Australian 10-year bond fell over 50 bps between the end of May and end of August1) and underperformance in cyclical stocks, which continued into the month of August. This environment was a stark contrast, and almost the complete opposite, of Q1 where global markets were pricing a stronger global economy and cyclical earnings driven by the ‘reopening trade’. Notwithstanding this however, the ASX300 returned 2.61%1 over the month of August.

In aggregate, companies reported full-year results that were better than analyst expectations for earnings. Due to the uncertainty around the re-emergence of COVID and lockdowns in NSW and Victoria however, earnings expectations for FY22 were modestly downgraded and many companies did not provide guidance. 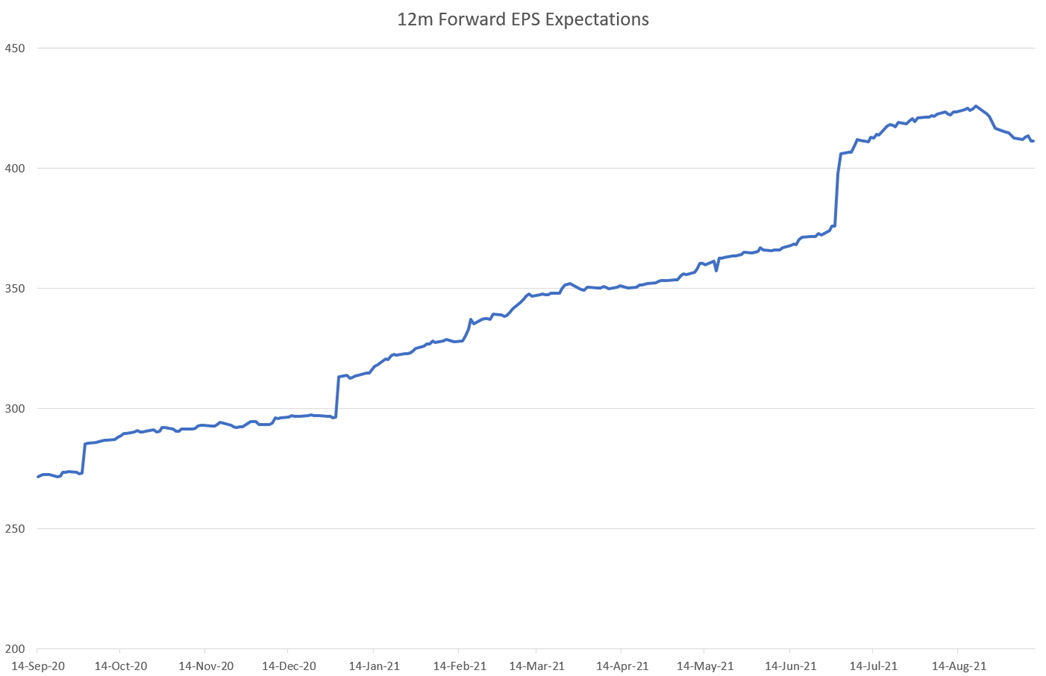 Russell Investments High Dividend Australian Shares ETF (RDV)’s focus on dividends for investors benefitted from overweight positioning in the insurance sector through reporting season. As noted above, Suncorp posted a strong result and special dividend which was rewarded by the market. Medibank Private posted earnings ahead of the market’s expectations, as well as a stronger final dividend versus FY20, adding value for RDV. Downer was also a strong performer for RDV during reporting season, increasing its dividend payout ratio on the back of improved operating conditions; this was well received by the market and the stock rallied strongly. Although RDV benefitted from overweight positioning in companies that reported well through August, the fund underperformed over the month. This underperformance can by completely explained by the fund’s underweight (not held) position in Afterpay, which received a takeover offer early in the month and subsequently rallied almost 40%.

Russell Investments Australian Responsible Investment ETF (RARI) also benefitted from overweight positions in Downer and Suncorp through reporting season, based on the same dividend focus as RDV, which contributed to the fund’s outperformance over the month. Alongside rewards from stocks that beat expectations, RARI’s outperformance was also driven by underweight positions in BHP and Rio Tinto, both of which are excluded from RARI’s investible universe due to high ESG risk. The major driver of share price strength in BHP and Rio Tinto over the past 18 months has been the resilient iron price, which has held above market expectations based on supply constraints and strong economic growth. As new COVID fears drove expectations of slower growth for global economies, materials stocks were hit especially hard within cyclicals and this impacted BHP and Rio Tinto. The iron ore price fell almost 30%1 between the end of June and the end of August, impacting the relative performance of both companies; the materials sector underperformed the broad market by over 4% over this period1. 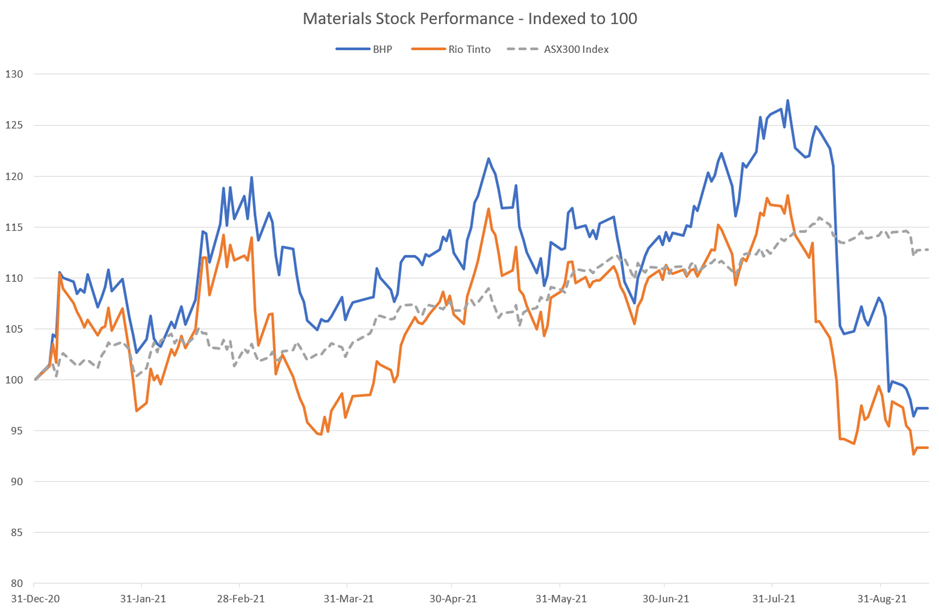