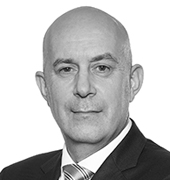 Andrew has extensive financial industry experience as an economist, investment strategist, fund manager and central banker. Prior to his current role, Andrew was Russell Investment’s Chief Investment Strategist for the Asia-Pacific region.

Andrew previously worked for the funds management division of Macquarie Bank, as the Chief Economist for JPMorgan in Australia and as the Australian head of research at Nomura Securities.

Andrew began his career as an economist at the Reserve Bank of Australia, where he gained significant experience in monetary policy formulation.