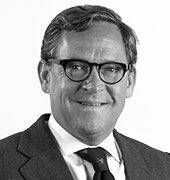 Timothy joined Russell Investments in 1992. Tim has held numerous roles Upon joining Russell he initially supervised the re-engineering of Russell’s performance measurement and asset allocation analytic software suite. In 1994, he was appointed assistant to the global chief investment officer, a post he held through 1999, specializing in high net worth investment product design. In 1999, Timothy transferred to Russell’s U.S. distribution business to manage development of new business partnerships, Russell’s U.S. individual investor services business. He led that effort through 2006, chairing Russell’s business acceptance committee responsible for vetting all new distribution relationships in the USA.

In 2006, Timothy was appointed head of product development and management for Russell’s U.S. private client services business, at which time he formed the Capital Markets Insights group. Noonan frequently represents Russell at client and industry events and with the media. From 2009 through 2011 Noonan split his time between Russell’s US Headquarters and London do develop Russell’s program for Independent Financial Advisors in the United Kingdom.

He is the author of Someday Rich: Planning for Sustainable Tomorrow’s Today (John Wiley & Sons, 2011) acclaimed as a “critical guide for achieving retirement income security.”

He is a registered investment advisor in all 50 states, speaks fluent Spanish and an avid long distance runner. In his spare time he collects studio glass, and is active on the Board of Trustees of the Pilchuck Glass School.