The Fund delivered positive returns in the fourth quarter. Credit spreads narrowed, particularly in the high yield sector and hard currency EMD, resulting in strong returns from these exposures in the Fund. Returns were more muted for loans and securitised. Tactically, the defensive posture of the Fund, namely overweight to loans & securitised, was not rewarded due to the outperformance of high yield and hard currency EMD. However, this was partially offset by both an underweight to local currency EMD and a tactical GPB-hedge on a portion of that exposure.

Source: Confluence. Data as at 31st December 2019. Inception: 31st May 2017. Any past performance figures are not necessarily a guide to future performance.

The completion of the Fed’s mid-cycle adjustment policy served as a tailwind for US loans (THL), whilst a supportive ECB and moderating Brexit concerns, lifted European loans (ICG).

Sovereign Balance Sheet: Local currency EMD experienced positive performance in USD terms, however against a strong British pound, this exposure delivered negative returns. Active positioning within the hard EMD exposure rebounded back over Q4, due to overweight positions in Argentina, Ukraine and Egypt.

The Fund may engage in securities lending arrangements in order to enhance its returns. This entails lending securities from the Fund portfolio to counterparties for a period of time in exchange for the deposit of collateral that the Fund may invest with the objective of earning additional returns. Such arrangements would expose you to additional credit risk of the counterparties to the securities lending contracts. In the event that a counterparty defaults on its obligations and/or the value of the collateral deposited falls below the value of the securities lent to such counterparty, this will negatively impact the NAV of the Fund

AcceptDecline
Questions?
Let's have a conversation 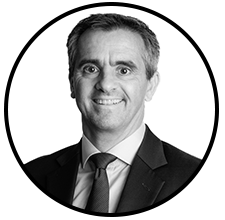 Any forecast, projection or target is gross of fees, indicative only and not guaranteed in any way
Portfolio Manager:
Gerard Fitzpatrick, Head of Fixed Income Portfolio Management
More funds and strategies