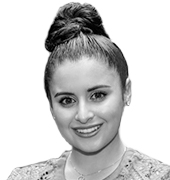 Alexia is the founder and CEO of GirlBoss NZ - a 10,500 strong army of young women who are determined to achieve gender equality in their lifetimes.

Dismayed by the under representation of women in leadership roles Alexia founded GirlBoss when she was just 16. Encouraging young women to embrace STEM (Science, Technology, Engineering and Maths), leadership and entrepreneurship, GirlBoss is now New Zealand’s largest organisation for young women. It’s members are shaking off the statistics and preparing themselves to take their seats at the table - the boardroom table that is.

At 17, Alexia was the youngest person to lead a research project at the New Zealand Treasury - and at 18 - she was selected to seek new stars and planets on the NASA SOFIA mission.

She was named the most influential young leader under the age of 25 at the Westpac Women of Influence awards and is the youngest ever recipient of the Queen’s Young Leader medal for services to the commonwealth.

Alexia proves that you are never too young (or too short) to be an agitator for change.