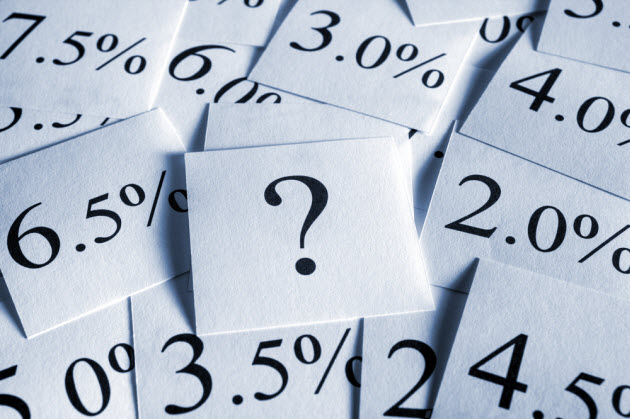 Jaylene: One unexpected feature of the fixed income market in 2014 was the decline in U.S. Treasury Bond yields from 3.0% at the start of the year to 2.2% by the last day of the year.1 As we look out into 2015, can you share your team’s current outlook for interest rates in the U.S.? Gerard: Yes, last year, many investors thought Treasury yields could only go one way from where they were: up. And as you said, they went down instead, which caught many investors by surprise. So where to from here? Our fixed income team is expecting that 10-year U.S. Treasury yields will rise, albeit modestly, to between 2.5-3.0% by year-end. We think that healthy economic growth in the U.S. will lead to continued improvement in unemployment numbers, putting upward pressure on wage inflation, which will likely cause the Federal Reserve to increase its Federal Funds Target Rate around the second half of this year. Jaylene: With the European Central Bank (ECB) and the Bank of Japan (BOJ) implementing quantitative easing (QE) while the U.S. and U.K. central banks look to tighten – how might diverging Central Bank policies impact bond portfolios? Gerard: Decoupling among Central Banks is an element investors should watch. Unprecedented QE from the ECB will likely bring down government bond yields in Europe, particularly German bond yields. For example, the 10-year German Bund dropped to 0.27% on the last day of January while the 10-year U.S. Treasury Bond stood at 1.64 on the same day.1 With German yields much lower than their U.S. counterparts, U.S. yields appear attractive. The dynamic in play is called relative value. Arguably, low German yields could effectively serve to bring down U.S. yields as investors look to buy more U.S. bonds. Jaylene: Your point about yields is important. With bond yields currently so low and credit spreads tight, how can investors generate returns and manage risk in this environment? Gerard: Following the global financial crisis, credit spreads performed fantastically, really supported by the Fed’s QE policy. Now, though, we’re somewhat cautious on credit. We still believe the credit spread will be positive versus Treasuries, although we don’t expect spreads to change much over the course of 2015. We are also mindful of left tail risk and think that investors should look at diversifying their sources of return. For instance, we see potential opportunities in global government bonds and global currencies, and prefer diversifying across credit sectors to help manage risk while also still potentially generating returns. Jaylene: Let’s talk about currency. There’s been no shortage of news in the currency markets of late.  To name a few – the Swiss National Bank removing their peg to the Euro, the relative strength of the U.S. dollar. Can you share some thoughts on currency and how it impacts bond portfolios? Gerard: We certainly view currency as a part of the fixed income opportunity set in the sense that currency can serve as a diversifier, a potential source of return, and a risk management tool in fixed income portfolios. Of course, central bank policies influence currencies – and those policies also impact bond markets. But central banks around the world typically aren’t moving in coordinated fashion – especially nowadays, as just discussed. After all, countries’ business cycles, growth rates, interest rates and inflation levels differ. Often that translates into currencies strengthening and weakening relative to one another at different times. For a U.S. based investor, then, having exposure to global currencies can potentially offer diversification – away from the currently relatively stressed U.S. Treasury and credit markets – because global currency strategies do not tend to have a direct fundamental relationship with the U.S. Treasury yield curve. Jaylene: Oil – and particularly the decline in its price – has obviously been top of mind for many investors of late. In your view, what might the impact be from a fixed income perspective? Particularly since the energy sector makes up roughly 15% of the Bloomberg U.S. Corporate High Yield Index. Gerard: Yes, we do think the default risk could go up, particularly if oil prices remain low for a prolonged period of time. For instance, we estimate that if oil was priced at less than $50 for six months, we could see default risk rise. On the other hand, though, we believe that, to a large degree, that risk is already priced into many of those securities. We still see pockets of potential opportunity within the fixed income energy sector. Jaylene:  In my travels, I hear clients who are questioning whether they should adjust – specifically, reduce – their fixed income allocation in light of the potential rise in interest rates. What would you say to these investors – why should they stay invested in bonds right now? Gerard: As a fixed income portfolio manager, you’ll have to forgive me for being biased, of course! But, in all honesty, if you look at the role that investment grade bonds have played hisotrically in a multi-asset portfolio, you see that they have tended to offer essential potential capital preservation, low volatility, and a very attractive correlation profile with equities.

At Russell, we believe that a broadly diversified multi-asset portfolio should have an allocation to fixed income. In conversation with clients, we think it is important to help them calibrate their return expectations as we expect lower returns in the coming ten years relative to the last ten years (ending December 2014). We think that market volatility is likely to increase amid central bank policy decoupling and that diversifying your sources of return is a prudent way to help manage risk and potentially generate return. We also believe it is important to remind clients that bonds still play an important role in a diversified portfolio: the potential for capital preservation and a potential hedge to equity risk.