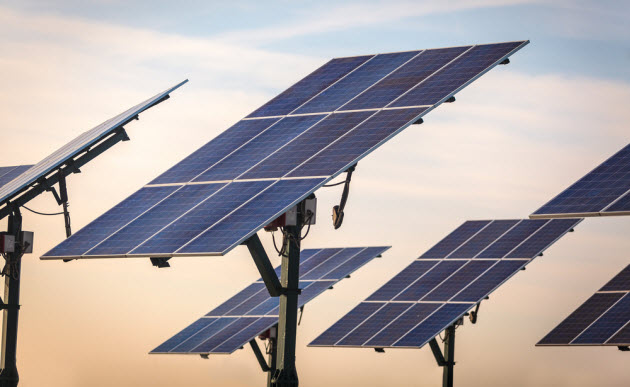 We’ve discussed the value that listed infrastructure investments can potentially add to a well-diversified portfolio on this blog in the past. I wanted to revisit the opportunities – and risks – of this asset class with Russell’s Portfolio Manager Global Infrastructure, Adam Babson, in light of today’s central bank policy divergence and growing emerging markets, though. Below is a synopsis of our conversation.

Jaylene: Adam, infrastructure is a still a relatively “new” asset class? How has the universe grown and changed in the last five years?

Adam: As expected, given the asset class remains in its nascent stages, the listed infrastructure universe has grown considerably over the last several years. Two large trends account for this growth:

On the first theme: For example, European privatization with listed market implications has included

A number of other potential asset privatizations have featured private equity buyers, and several more are pending. On the second theme: offerings and M&A in the North American Energy sector have far outpaced corporate activity in any other area of global infrastructure. The evidence is particularly notable in the number of MLP IPOs over the past five years. As a counterpoint to the surge in new offerings, the sector has also seen its share of consolidation, highlighted by large deals including Wisconsin Energy buying Integrys Energy Group for over $9 billion; Excelon buying Pepco for nearly $7 billion; and Targa buying two Atlas partnerships for nearly $6 billion. Perhaps most notable are two large events over the past year: the acquisition of Access Midstream by Williams Company (announced in Q2 2014, consummated Q1 2015); and the decision by Kinder Morgan to consolidate its affiliated MLPs into a single firm with an enterprise value of over $120 billion.

Apart from this ‘organic’ growth in the asset class, another trend that has led to a broadening of investment opportunities has been the growing acceptance of North American freight rail as a legitimate pure-play (i.e. companies that own and operate infrastructure assets) infrastructure sector. While this sector was initially viewed with skepticism by most money managers (on the basis of commercial and commodity risk), it has gradually gained acceptance as a relatively defensive play on the U.S. economy, with a beta profile in-line with a sector like airports.

Of course, investors should be aware that infrastructure, like any other asset class, carries some level of risk, including the potential loss of principal invested. Investments in infrastructure-related companies have greater exposure to the potential adverse economic, regulatory, political and other changes affecting such entities. They are subject to various risks including governmental regulations, high interest costs associated with capital construction programs, costs associated with compliance and changes in environmental regulation, economic slowdown and surplus capacity, competition from other providers of services and other factors.

Jaylene: Russell’s Strategist Team has talked quite a bit about diverging central bank policies and low interest rates around the world in 2015. How do these themes affect infrastructure assets? Which sectors are the most sensitive to rising rates here in the U.S.?

Adam: On the whole, infrastructure tends to be more sensitive to interest rate changes than other equity asset classes (with REITs being a notable exception). This is not surprising, given that the cash flows from these highly-regulated, long-lived assets is generally quite predictable – a bit like a typical bond. Of course, like a typical bond, these cash flows aren’t guaranteed in case of default. Our analysis shows that infrastructure has lower forecasted returns than broader global equities in a rising rate environment, but higher forecasted returns than global REITs.

Within infrastructure, the ‘long-duration’ defensive sectors tend to be more sensitive than user demand sectors. Notably, regulated electrics, water utilities, and pipeline companies emerge on the ‘more sensitive’ end of the spectrum, while transportation sectors like toll-roads and airports tend to be less sensitive to price changes in a rising interest rate environment. MLPs and yieldcos are especially sensitive to increasing rates, as delivering yield to investors is a primary objective for both. Transportation sectors tend to have lower yields, and are subject to much less yield-driven trading patterns. In addition, they benefit from being more cyclically exposed, as the higher passenger volumes on their assets will help to offset any rate impact in an expansionary rising rate environment.

Jaylene: One of the areas that appears to offer compelling future opportunities in infrastructure is emerging markets. Can you speak to some of the major themes or trends in that space?

Adam: Yes, we believe emerging markets are a crucial part of the structural opportunity in this asset class. In a 2013 report, McKinsey Global Institute estimates that over $50 trillion investment in infrastructure globally will be required before 2030 to keep up with projected GDP growth. The lion’s share of this investment will need to be in emerging markets, in the development or redevelopment of roads, energy networks, water infrastructure, and cell towers, among other things. To be sure, building adequate infrastructure is one of the primary goals that will bring these emerging economies closer to developed status. It is very much the backbone of economic progress.

Of course, the prioritization of infrastructure needs varies across regions. China desperately needs to solve its pollution problem, and investment in alternative energy and environmental remediation is a key objective for the Chinese government. I believe we will see more companies emerge like China Everbright, a diversified alternative energy company featuring waste-to-energy, wind power, and biomass power generation businesses.  India, by contrast, is faced with developing the most essential infrastructure—reliable utilities and transportation assets. With a new administration, under Nahendra Modi, committed to addressing India’s infrastructure woes, and to further reducing corruption and generally improving the environment for foreign investment, we expect to see a meaningful increase in investable infrastructure companies in the near future.

That being said, investors should bear in mind that emerging market investments carry additional risks, such as currency fluctuation, political and economic instability, different accounting standards and foreign taxation. Such securities may also be less liquid and more volatile.

Jaylene: Thanks, Adam. As investors continue to look at infrastructure and what it can potentially do for their portfolio, I appreciate you sharing insights on how the global infrastructure universe has grown, how central bank policy divergence impacts the asset class and the access to the global growth opportunity in emerging markets.