Fed rate decision: Steady as it goes. For now 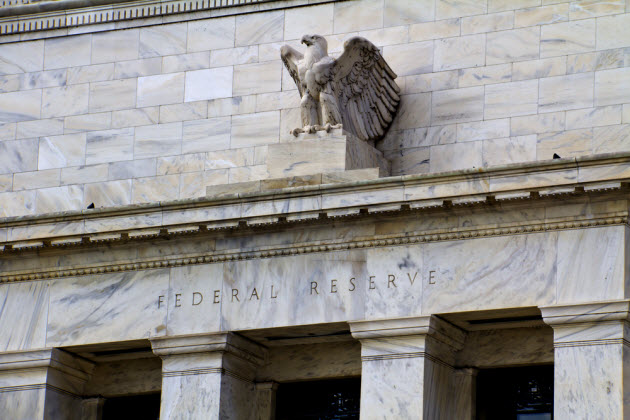 Fed rate decision: Steady as it goes. For now

In the end there really wasn’t much suspense. U.S. Federal Reserve chair Janet Yellen had made it pretty clear in a speech she gave on June 6 that the Fed intended to keep interest rates steady at its June Open Market Committee (FOMC) meeting. And that’s exactly what happened. So for now, the U.S. federal funds rate remains unchanged at between 25 to 50 basis points.

Why did the Fed hesitate? A rate hike had seemed like a long shot earlier in 2016, as the year progressed with elevated market volatility and ominous warnings about slowing economies worldwide. But as recently as earlier this month a June hike had seemed closer to a coin toss, with stocks showing gains and the U.S. economy seemingly on a path of steady if unspectacular growth.

Then came the dismal May jobs report, which showed the U.S. economy added a surprisingly paltry 38,000 jobs during the month. This number represented the lowest monthly gain in six years, and Yellen herself said it was “disappointing.” And, even though many of the conditions that the Fed outlined for a rate hike in the April meeting minutes had been met, the sharp deceleration in employment growth in May justified patience.

Looking at the U.S. economy as a whole, we are seeing signs of a modest pickup in economic activity over the second quarter. The Federal Reserve Bank of Atlanta  estimates that real GDP growth is chugging along at roughly a 2.5% pace in Q2. Not bad. And, on June 1 the U.S. Commerce Department reported the biggest jump in consumer spending in six years. In an economy that is more than two-thirds driven by consumers, that’s big news. Two other conditions cited in the April meeting notes were for inflation targets to approach 2%, and for global growth to show signs of life. We seemed to be on track for that U.S. inflation target as core inflation (excluding food and energy) ticked up to 1.6% in April. But global growth remains lackluster, with the Organization for Economic Cooperation and Development warning in early June of a global “low growth” trap.

The Fed’s decision to hold rates steady in June provides global equities with a near-term boost. In bonds, rates have fallen to very low levels. Steady rates also take some pressure off the U.S. dollar, which had been appreciating again through the end of May. But I concur with those who don’t think the dollar has much real momentum left after a long period of gains, expecting it to stay range-bound over the next 12 months.

However, any pause in rate increases is apt to be fairly short. The U.S. labor market is effectively at full employment and there are an increasing number of signs that inflation is moving back up toward 2 percent. With the Fed’s dual mandate close at hand, the hiking process will resume as soon as the FOMC can re-establish confidence that the outlook for both the labor market and broader economy are still on track. In our view the September meeting is the likeliest timing for the Fed’s next move.

Even if two rate increases ultimately are approved in 2016, rates will only be between 75 and 100 basis points at year’s end. Still extremely low, but reflective of at least some confidence in the U.S. economy.  In any event, we’re back on Fed watch; realizing any FOMC decision to raise or not raise rates this year will continue to have an impact on global markets.

These views are subject to change at any time based upon market or other conditions and are current as of the date at the top of the page. The information, analysis, and opinions expressed herein are for general information only and are not intended to provide specific advice or recommendations for any individual or entity.

Nothing contained in this material is intended to constitute legal, tax, securities or investment advice, nor an opinion regarding the appropriateness of any investment, nor a solicitation of any type.

The general information contained in this publication should not be acted upon without obtaining specific legal, tax and investment advice from a licensed professional.

The information, analysis and opinions expressed herein are for general information only and are not intended to provide specific advice or recommendations for any individual entity.

This material is proprietary and may not be reproduced, transferred, or distributed in any form without prior written permission from Russell Investments. It is delivered on an “as is” basis without warranty.