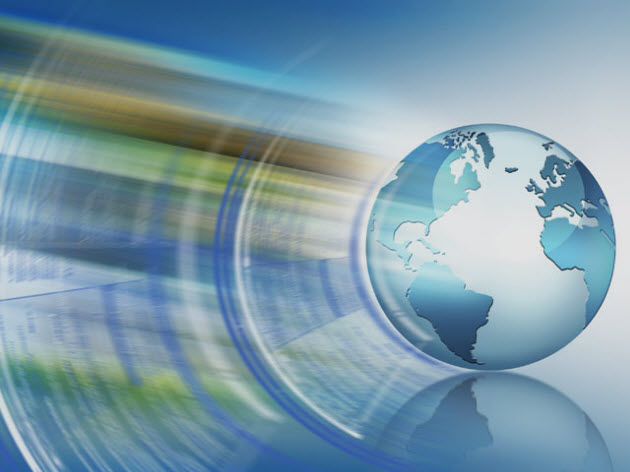 Each quarter, Russell’s global team of investment strategists releases an update to our Annual Global Outlook, which outlines our views and expectations for the global markets and economies for the year.

Russell’s Global Head of Investment Strategy, Andrew Pease, recently wrote a blog post highlighting how the recent Fed announcement, ECB’s new QE program, and developments in Japan and China have impacted our global economic outlook for 2015. You can read the full post below or on the Russell Blog.

So, the U.S. Federal Reserve has finally lost “patience.” That was the story March 18, when the Fed dropped longstanding wording about raising interest rates, opening the door for a rate hike as early as June. It was some of the biggest economic news in weeks, triggering a knee-jerk surge for U.S. stocks as investors apparently took the news as a sign the U.S. economy was strong enough to weather a rate hike.

But does a signal of higher rates warrant such a reaction? Not really. As we note in our upcoming Global Outlook 2nd Quarter Report, we’ve long held the position that the Fed would raise rates at some point in the second half of 2015, In our view, what Janet Yellen has done now is simply add a little clarity. Our target is for bond rates to hit about 3% by year end. Chances are, the bond markets already have priced in some of any pending hike.

Perhaps the bigger question we deal with in the outlook is this: Does the U.S. equity market have any legs left? It’s been in bull territory for six years now, and markets generally get riskier as they get older. It seems we’ve seen some skittishness in recent weeks as the markets have taken some wide swings, perhaps as some investors sense a ceiling.

Yet despite the swings, we think markets have yet to see excessive investor enthusiasm, and that they can maintain single-digit growth rates through 2015. One reason we say that is because, as the Global Outlook report will note (when it is released later this month), the level of margin debt at the New York Stock Exchange has declined over the past four months, showing a surprising degree of caution among investors.

But watch for this: The U.S. federal government’s monthly employment report. If it shows the labor market tightening enough to start sending wages up, that’s going to hurt margins and push up inflation, in turn likely taking some steam out of equities. Even at that, though, we don’t see a turn to real bear territory, with a mild correction in our view more likely than a steep plunge.

Still, we think Europe has more upside potential. In particular, we expect to see the European Central Bank’s Quantitative Easing (QE) program gain traction during the rest of 2015, sending equities up in Europe just like the Fed’s similar policy six years ago did in the U.S. In fact, a positive business cycle in Europe combined with its QE makes it possible to see double-digit gains in European equities in 2015. The same holds for Japan, where dramatically lower energy costs and a weak yen are increasing corporate profits and driving exports.