Has the increase in stock return dispersion created a better market for active managers? Or was it all just an excuse?

The extent to which the returns on different stocks/factors/sectors differ from one another varies over time. This can affect how active managers perform, both individually and as a group. When dispersion is high and the correlations between stock returns low, the impact of active positions can be accentuated—whether for good or bad. In contrast, when dispersion is low and correlations high, it can be hard for even the most skillful active managers to stand out. In the latter environment, it matters less whether you own stock A or stock B when they both move together, regardless of their fundamentals.

These high correlation / low dispersion environments tend to be associated with markets that are driven by a single issue rather than by the fundamentals. This might be a single sector or macro–theme: older readers will remember the TMT—technology, media and telecoms—boom of the late 1990s, for example. Or it may be a broad–based rally or fall. Whatever the driver, the value of active management insight can be diminished in these macro–driven markets, since returns are driven almost entirely by the stocks' positioning relative to the one factor.

In recent years, a lack of dispersion appears to have been a headwind for active managers, and has helped to fuel the general trend toward passive management. Certainly, it’s been something that many managers have pointed to when they've had performance struggles.

A change of environment

The chart below shows the pair–wise correlations on constituents of the S&P 500 over rolling three month periods since 2005. The average has been falling since mid–2014, recently dropping below 0.1. 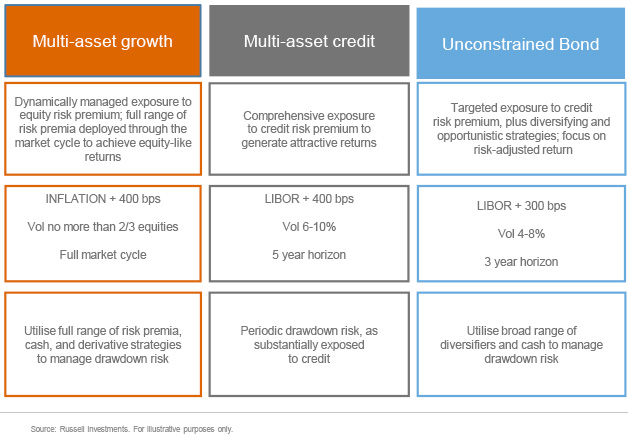 The high correlation / low dispersion environment of recent years has passed, and this recent environment should have been much more favorable to skillful active managers. And it has been.

That "seasoned" old skeptic that might have thought that active managers were using this as an excuse owes them an apology, as it appears that they are indeed doing better in this environment. Over the 12 months to the end of September, the median manager in eVestment's U.S. large cap universe outperformed the S&P 500 by 0.2%—having trailed in 2014, 2015 and 2016 by 1.4%, 1.0% and 1.4% respectively. So those who have maintained that fundamentals matter and will inevitably reassert themselves at some point in time do appear to be having their day: we are now seeing stocks with better fundamentals do better than those with poorer fundamentals.

Active management is never easy, and return dispersion alone doesn’t necessarily make it easier. But it does improve the signal–to–noise ratio in performance, and create an environment in which skill is more likely to be rewarded.