Is a China economic crisis on the horizon? 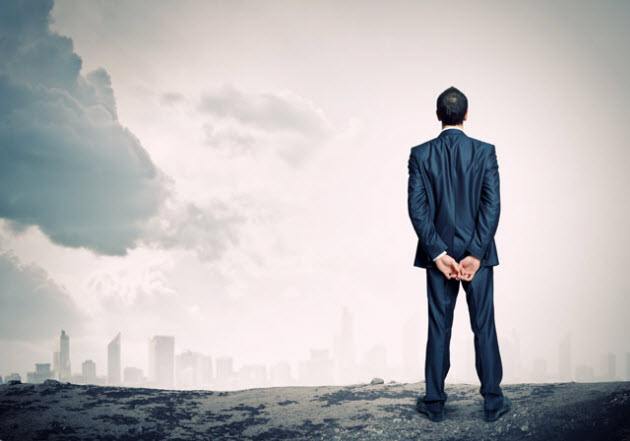 Chief Investment Strategist Erik Ristuben wrote about the factors at play in a possible China economic crisis. You can read the full post below or on the Russell Blog. Maybe, but not right now.  The timing hinges on two major issues: Firstly, China has tremendous structural challenges that it’s trying to navigate regarding economic growth.  Over the last 20 years, China’s growth rate has been spectacular and has been driven by two principal factors: investment and exports. China has been transitioning from a rural agrarian economy to an urbanized industrial one in order to massively increase labor productivity and the country’s wealth.  Effectively, they’ve gone through their own intense industrial revolution. The development of urban areas and industrial capacity required massive investments but the good news is that these investments yielded even larger productivity gains and national wealth increases.  The challenge is that after twenty years of spectacular investment, the impact on productivity now is significantly lower than their past investments (your first best investment idea is almost always better than your 10,000th idea). One market concern is that many of the investments made in China over the last five years are not going to turn out to have been good ones.  If this is true, the inefficient allocation of capital likely lowers future economic growth rates.  And massive inefficient allocations of capital create massive economic challenges in the future. This is what we, and others in the market, are worried about. An investment-led economy comes at the cost of consumption. In addition to the challenges noted above, a low domestic consumption rate ensures that China’s growth rate will continue to be enormously dependent on the developed world.  Given these challenges, the Chinese government has sensibly embarked on a long term economic policy to balance their economy, raise domestic consumption from the current level of 36% of GDP1 and lower the dependence on investment. This transition has been extremely difficult for every country that has accomplished it because consumption doesn’t dramatically increase over night and it’s impossible for the government to directly control the rate of consumption. Government fiscal stimulus through investment can immediately impact economic growth (Keynesians2 rejoice). The principle being that if you shut off the investment spigot, the economy might “immediately” slow down, but consumption doesn’t necessarily immediately expand at the same rate which can result in short term pain. On this second point, what China is trying to do is limit the amount of short term pain while effecting this transition. But last week, we got confirmation from the People’s Bank of China (PBOC) that their pain threshold is actually quite low.3 Think of it as “if the target economic growth rate is 7%, below 6% seems to be too painful” for the Chinese government. So, we expect to see more monetary easing and an increase in fiscal investment. China has between $3.5 Trillion (with a T) and $4 Trillion in hard currency reserves;4 a lot of money in the bank to ease the pain of this economic transition. As I recently mentioned in our Global Market Outlook Q3 Update video, we think that the growth rate in China will be between 6 -7% over the next year.. And we believe that the current softness of the Chinese economy does not pose a serious threat to the global economy. That said, just because the Chinese government thinks it’s necessary to ease the pain doesn’t make investments any more attractive. If we’re right about pain threshold, China could be throwing good money after bad to “sleep better” tonight. The short term cost likely makes future problems bigger and could potentially lower the standard of living going forward.  This should not come as a surprise because it is almost always the case that everything you do to make it easier to sleep better tonight, creates a problem in the future. A lesson that applies to individuals and governments alike.
1World Bank. Data, “Household final consumption expenditure, etc. (% of GDP)” – China 2014. 2Keynesian economics is the view that in the short run, especially during recessions, economic output is strongly influenced by aggregate demand (total spending in the economy). 3Source: People’s Bank of China (PBOC), August 25, 2015. Monetary policy is countercyclical. The fact that the PBOC lowered rates and the reserve requirement ratio indicates a threshold was reached for them to take action. 4Bloomberg.com. “$4Trillion Peak in China’s FX Hoard Frees PBOC’s Hands: Economy.” January 11, 2015. These views are subject to change at any time based upon market or other conditions and are current as of the date at the top of the page. The information, analysis, and opinions expressed herein are for general information only and are not intended to provide specific advice or recommendations for any individual or entity. Investing involves risk and principal loss is possible. Past performance does not guarantee future performance. This material is not an offer, solicitation or recommendation to purchase any security. Nothing contained in this material is intended to constitute legal, tax, securities or investment advice, nor an opinion regarding the appropriateness of any investment, nor a solicitation of any type. The general information contained in this publication should not be acted upon without obtaining specific legal, tax and investment advice from a licensed professional. The information, analysis and opinions expressed herein are for general information only and are not intended to provide specific advice or recommendations for any individual entity. Russell Investments is the owner of the trademarks, service marks and copyrights related to its indexes. Russell Investments is a trade name and registered trademark of Frank Russell Company, a Washington USA corporation, which operates through subsidiaries worldwide and is a subsidiary of London Stock Exchange Group. Copyright © Russell Investments 2015. All rights reserved. This material is proprietary and may not be reproduced, transferred, or distributed in any form without prior written permission from Russell Investments. It is delivered on an “as is” basis without warranty. RFS 15857
Site preferences
Login Register