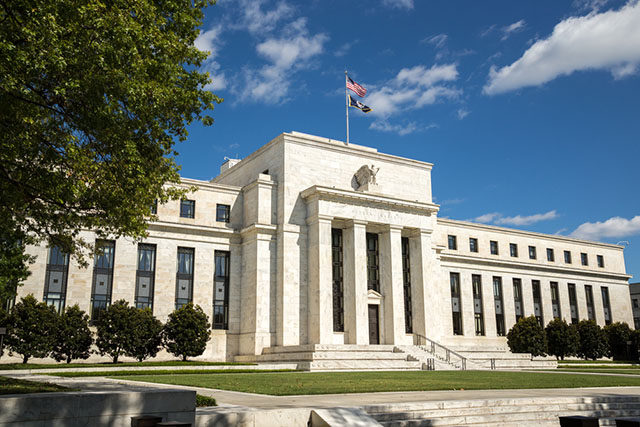 Since the U.S. election on Nov. 8, global capital markets have been sorting out what a Trump Presidency might imply for the global economy. Within the first 8 market days post-election (as of Nov. 18 close), the 10-year U.S. Treasury yield rose 50 basis points to 2.36% which suggests that the bond market is heralding the President-Elect’s campaign pledges in favor of deregulation, tax cuts, and infrastructure spending as potential catalysts for an improving economy.

This sudden spike has created a challenging environment for many bond investors as core bonds (represented by the Bloomberg U.S. Aggregate Bond Index) have pulled back -2.2% for the same period ending Nov. 18. This experience has prompted questions about where interest rates may go from here, and whether bonds should be reduced or eliminated from multi-asset portfolios. The quick answers are: “likely gradually up,” and “No, bonds will continue to play a meaningful role in a diversified portfolio.”

We do believe that interest rates will continue to trend up. The Economic Indicators Dashboard offers some helpful reference points in this regard:

However, it is likely that rates will move at a more modest pace than experienced since the election and the recent period since the Brexit vote in the United Kingdom (which prompted 10-year U.S. Treasuries to touch a generational low of 1.36% on July 8). The realization that Europe wasn’t going out of business and that economic growth would continue gave rates a lift from that historic bottom. Combine this momentum with speculation surrounding President-Elect Trump’s economic policies, and rates received a significant, although likely unsustainable, near-term boost in the past few weeks.

It’s unlikely that rates will maintain their breakneck pace, but the Federal Reserve appears to be pointing towards a December rate increase at the short-end and continued economic growth is likely to support higher rates going forward. This will act as a headwind for bond investors as rising rates bring down bond prices. However, the higher rates do come with higher coupons which will hopefully buffer some of the price declines, leading to more modest bond returns looking ahead, instead of negative bond returns as seen in recent weeks.

The role of bonds

A rising interest rate environment can cause discomfort for investors, especially those focused on their bond portfolios. However, rising rates aren’t all bad when viewed from a total portfolio perspective and within the context of bonds’ dual role as diversifier and income producer:

Recent weeks have seen a lot of movement in interest rate markets. It’s likely that rates will continue to rise gradually. Remind clients that although rising rate environments tend to be challenging for bonds, that asset class can still play the critical role of diversifying the equity portion of the overall portfolio. Yes, bonds will trail equities during the good times, but they have historically demonstrated their worth during those unexpected, trying periods, which usually don’t announce themselves in advance.