Setting expectations for taxable clients in 2017 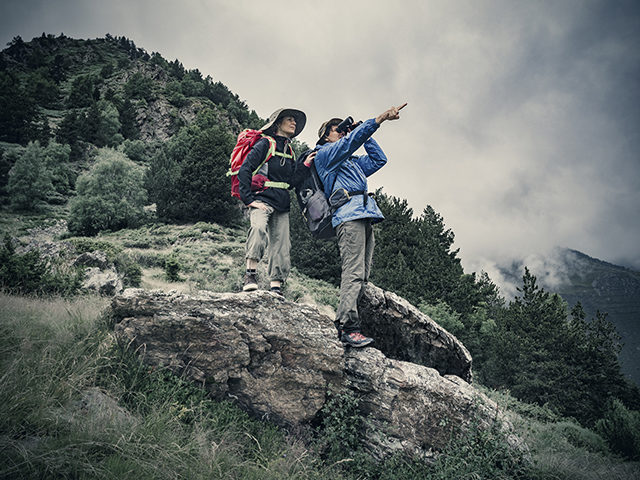 2016 was arguably the year that political risk delivered on the potential for dark horse outcomes: think of the U.S. election and the U.K.’s Brexit referendum. In our view, 2017 will likely follow as the year dominated by policy risk. President-elect Trump’s lack of policy track record, plus his stated goal of shaking up the status quo, will likely auger for increased market volatility, as the capital markets wait and see how the new Administration and legislators behave with one another. For taxable investors, during the first half of 2017 it will be important to watch whether the broad fiscal stimulus and tax reforms/cuts that the market is currently pricing in (via record-setting equity index levels (S&P 500® Index as of Dec 19, 2016) and elevated interest rates) come to fruition. In the latter part of 2017 it will be important to watch how fundamental economic risk is developing, as the signs of a potential U.S. recession (or at least material slowdown) may begin to show. Here, President-elect Trump’s fiscal stimulus, which is likely to pull future growth forward, could exacerbate a possible 2018 downturn for a U.S. economy whose expansion is already in the latter stages of its cycle.

Clearly, the near term dominant force impacting the municipal bond market is personal and corporate tax policy. Since this has featured prominently on both President-elect Trump’s and the Republicans’ agendas, we expect action in this space early in the first quarter of 2017. Given the lack of details to date from the new Administration, a reasonable framework is the 2016 House Republican Tax Reform Plan, which proposes a reduction in the top personal income tax bracket to 33% and in the corporate tax rate to 20%. Absent other policy changes, even at a reduced 33% top tax bracket, in our view investment grade municipals today represent an attractive alternative to taxable bonds, where one would have to take on added interest rate or credit risk to achieve the same tax-equivalent yield. There are questions, however, about whether municipal bonds may lose (in part or whole) their tax exempt status under the new Administration. We think it is unlikely that municipals will completely lose their tax exempt status, given strong defenders on Capitol Hill. More likely may be some type of rate capping (e.g., a maximum tax rate above which municipal income is no longer shielded) or dollar cap on itemized deductions. However, given the link that President-elect Trump is making between the municipal market and infrastructure spending, the extreme scenario of a complete loss of tax exemption must still be considered. As such, we see potential value in municipal bonds, as it’s possible that the loss of the exemption (or even partial adjustment) could be applied prospectively. Here, we might see that the tax exempt status of pre-existing municipals is maintained or grandfathered. If this were to occur, there could be a sizeable rally in municipal debt across the board. Municipal bond market performance outlook The investment grade municipal bond market (as measured by the Bloomberg 1-15 Year Municipal Index) currently yields 2.4% (as of December 19, 2016). While downward pressure on prices may come from potentially higher interest rates, this may be offset by declining muni-to-treasury ratios, all of which leads to a base case nominal return of 2.0-2.4%. Downside risks to this estimate emanate from the potential for partial or full elimination of munis’ tax exempt status plus a Federal Reserve hiking faster than expected due to an overheating economy. Upside to our estimate comes from the potential for increased municipal tax receipts from infrastructure stimulus, which would bolster states’ and localities’ fiscal positions. We believe that the high yield municipal bond market should fare better than investment grade in 2017. High yield municipals (Bloomberg Municipal High Yield Bond Index) came under extreme pressure in the last quarter of 2016 (as of Dec 19) on the back of outflows that started before the U.S. election. This appears unjustified as primary buyers here are funds and crossover investors and as such not given to extreme flow changes. With the current attractive levels that high yield municipals represent versus taxable corporate bonds (Bloomberg U.S. Intermediate Credit Index), it’s reasonable to assume demand will pick up in early 2017. The broad Bloomberg High Yield Municipal Index currently yields 6.5% (as of December 19, 2016), which should support returns of municipal bonds given the yield’s relative attractiveness to corporate bonds on a tax-equivalent, default-adjusted basis. However, the Bloomberg High Yield Municipal Index currently has a longer duration than the Bloomberg U.S. Intermediate Credit Index. Hence, the muni market is more sensitive than corporate bonds to interest rate increases – particularly increases in long-term interest rates. Should long-term interest rates to increase in the range of 10-30 basis points in 2017, we see the potential for high yield municipal bonds to generate a 4-5% nominal total return in 2017. We believe the Variable Rate Demand Notes (VRDN) includes some potential opportunities. These ultra-short-dated securities (rates typically re-set every seven days) currently have a nominal yield of 0.66% as of Dec 19 (SIFMA Municipal Swap Index). Should the Federal Reserve follow through on its projected two to three interest rate hikes in 2017, we believe VRDN nominal yields have the potential to increase to 1.1-1.4%. Given that these securities trade at par, their price doesn’t suffer from interest rate increases, so we expect them to remain an important vehicle to manage both liquidity and interest rate risk over the next 12 months.

The potential for market volatility in 2017 is real, given the uncertainties surrounding President-elect Trump’s policy plans. For taxable investors with commensurate risk tolerance, we believe that municipal bonds may offer attractive investment opportunities to help manage after-tax returns, liquidity and interest rate risk.