The tale of two rallies since the U.S. election 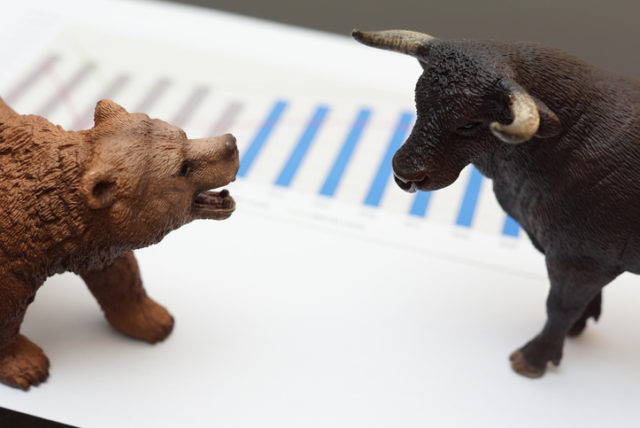 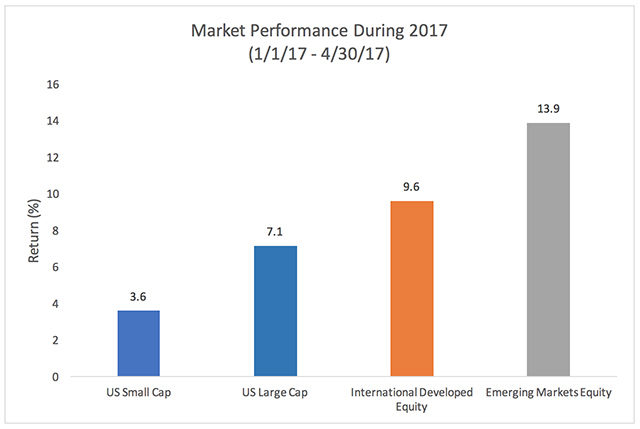 Source: Morningstar Direct and FactSet. U.S. Small Cap—Russell 2000® Index; U.S. Large Cap—Russell 1000® Index; International Developed Equity—Russell Developed ex-U.S. Index; Emerging Markets Equity—Russell Emerging Markets Index. Indexes and/or benchmarks are unmanaged and cannot be invested in directly. Returns represent past performance, are not a guarantee of future performance, and are not indicative of any specific investment. At first glance it could be easy to assume that the U.S. market—specifically U.S. small cap—has consistently been the dominant performer in the markets since the election. However, a closer look at the data reveals a tale of two market rallies:

Source: Morningstar Direct and FactSet. Individual country returns for countries included in the Russell Developed ex-U.S. Index and Russell Emerging Markets Indexes; Russell 3000® Index. Indexes and/or benchmarks are unmanaged and cannot be invested in directly. Returns represent past performance, are not a guarantee of future performance, and are not indicative of any specific investment. As non-US markets continue to rally to start the year, the chart below helps illustrate how significant return differences have been in the US compared to other countries around the globe.  Despite the Russell 3000 Index posting a return of 6.9% through the end of April, the US equity market has outperformed just 10 of the 44 countries represented in the Russell Emerging Markets and Russell Developed ex-US indices.  Additionally, more than half of these countries are showing double digit returns, including 4 countries with returns of greater than 20% (Poland, Austria, India and Turkey).

Despite struggling in the days immediately following the U.S. presidential election, non-U.S. and emerging markets equities have rebounded to post strong returns to start the year and are outpacing U.S. equities. With valuations still cheaper than the U.S. market, non-U.S. and emerging markets equities continue to be a great way for investors with commensurate risk tolerance to increase the return potential of their portfolio while also increasing their diversification. Of course, diversification doesn’t protect against all loss or guarantee a profit.