Is tax-reform a threat to tax-exempt bonds? 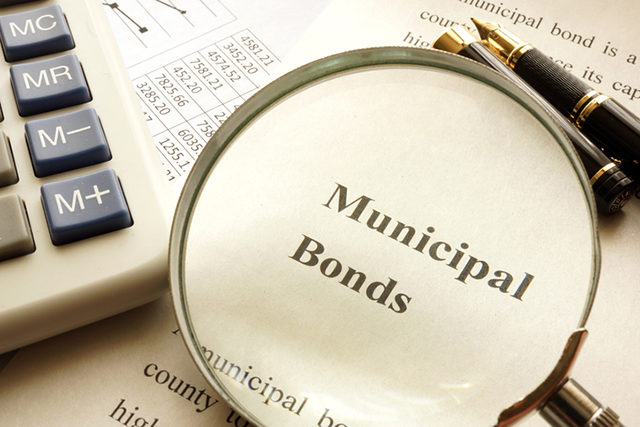 While the U.S. stock market (S&P 500 Index) rallied immediately following the election in November to the end of the year, the muni bond market’s initial reaction was to sell off—strongly. Worries about tax reform, a perceived threat to Municipal bond tax-exemption, and the tax implications of the potential repeal and replacement of the Affordable Care Act’s 3.8% Net Investment Income Tax drove much of that early reaction. Since the start of 2017, however, it appears that more rational minds have prevailed. Year-to-date inflows to Muni Bonds stood at a healthy $19 billion as of July 31, according to the Investment Company Institute, which tracks this type of data. Although most Americans on both sides of the aisle reportedly consider today’s federal tax system to be unfair1, the current Administration’s discussions about tax reform has many investors concerned—particularly about the reforms’ potential implications for the $3.8 trillion municipal bond market2. In contrast, at Russell Investments, we do not think that the currently proposed changes will jeopardize the potential benefits the municipal market offers to investors. Here’s why:

In contrast, while the current Administration’s tax reform proposal is still in the early stages of development, reductions in the top rate of 39.6% to 33% are often mentioned. Based on current treasury and muni bond yields and today’s tight spread environment, tax-exempt yields [Tax-Exempt Yield=Taxable-Equivalent Yield *(1-Tax Rate)] would remain attractive at that new top marginal tax rate relative to other fixed income asset classes, such as corporates, corporate high yield and treasuries. 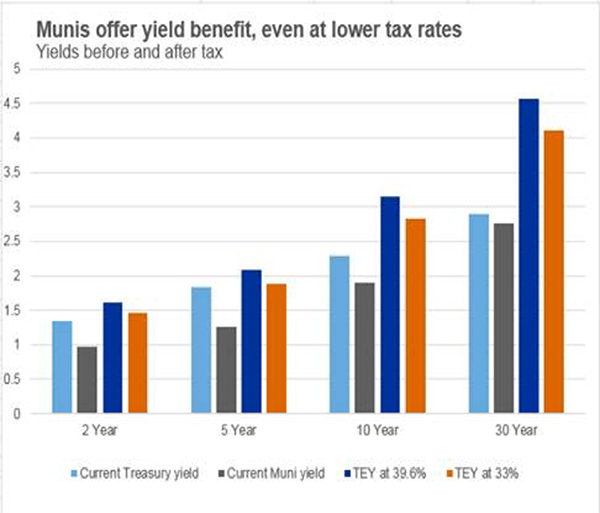 Tax reform is top of mind for many—particularly for muni bond investors. But rather than viewing the proposed reforms as a potential risk for muni bonds, we believe that the potential reforms could be a non-event for muni bonds and may actually increase their attractiveness for some. In the meantime, help your client stay focused on their real goals while Washington determines the fate and timing of tax reform.

9 Source:https://www.munibondsforamerica.org/resources/what-are-muni-bonds/ Generally for municipal bonds, only interest from bonds issued within the state is exempt from that state’s income taxes. Investments.