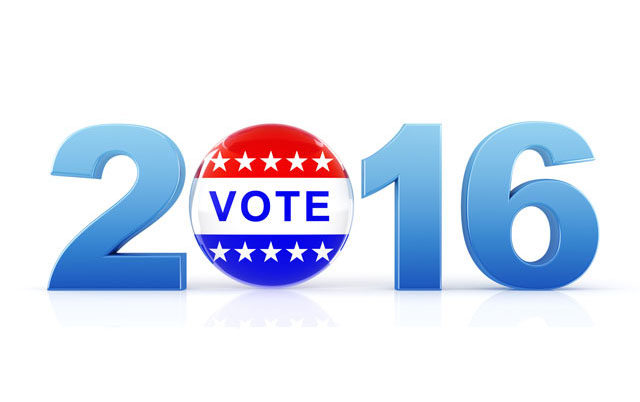 U.S. voters wanted change. They got it. We will have Donald Trump as the next American president. In September, we wrote about the erosion of the middle class, especially in key rust belt states. Even with the aggregate economic gains during Obama’s presidency, there was a feeling of dissatisfaction among these segments of the electorate. The election results suggest that Donald Trump was able to tap into this as an agent of change. And Republicans also maintain control of both the House and Senate, meaning that President Trump’s policies could have a slim margin of support in Congress. Global markets initially appeared to be taking the news badly. Overnight, the U.S. market sold off sharply. At their lows on November 8, according to the CME Group at 10 p.m. Pacific Time, Dow futures contracts were down 4.7% and S&P® 500 futures were down 5.0%. In other regions, according to Thomson Reuters Datastream at 8 a.m. Pacific Time, the Nikkei 225 index was 6.2% lower than the previous day’s closing levels and the FTSE 100 off 2.2%. In addition, foreign exchange markets experienced some turbulence, with the Mexican Peso down 12.6% against the US Dollar at 8 a.m. on Thomson Reuters Datastream today. Since then, however, equity markets have pared their losses after the president-elect adopted a conciliatory tone in his victory speech. As of 8 am Pacific Time on November 9, the S&P 500 was down just 0.1%, while the Dow Jones Industrial Average was up 0.1%. The UK’s FTSE 100 is positive 0.4%. One noticeable exception is Mexico’s peso, which fell 8.3% against the U.S. Dollar on the news as of these election results. 1 On the fixed income side, long-term interest rates look to be significantly higher today. The 10-year U.S. Treasury yield moved up from 1.86% to 1.95% (its highest level since March 2016)2. The risk-off environment seems to be short-lived and now the bond market needs to carefully consider the potential inflationary consequences of greater fiscal spending. Keeping an eye on the short term While there was a quick selloff at first signs of a conclusion to the U.S. elections, and markets seem to have recovered quickly, there still may be some near-term volatility. As with many geopolitical events that generate market swings, we believe the first priority is to rationally evaluate your chosen investment strategy. Review your primary market indicators (we use cycle, value and sentiment), consult your expert advisors and then chart your course over the long term rather than as a reaction to current events. There could be opportunities you miss if you rush to follow the herd. Looking at the potential longer-term global ramifications, President Trump may call into question the decades-long assumption that more trade is good trade. The “Brexit” vote this past summer was one shoe dropping on a growing belief that trade may not always be good. The U.S. presidential election is another shoe. Trump has opposed the Trans-Pacific Partnership, said he will re-negotiate or tear up the North American Free Trade Agreement (NAFTA) and has generally shown a willingness to renegotiate trade deals with anyone. Most investors in a global economy will be watching how U.S. trade policies develop. Looking ahead to the medium-term Even though such a drastic change in administrations may seem jarring to some, the American political system has plenty of checks and balances, which is why no president since Franklin D. Roosevelt has been able to enact a truly far-reaching agenda like the New Deal. Plus, the U.S. economy is driven far more by the private sector and consumer spending, in particular, which accounts for nearly 70 percent of economic activity. Fundamentals matter more for the outlook: what happens with earnings growth, economic growth, and monetary policy are likely to be much more influential than presidents when it comes to financial markets, in our view. And don’t forget that the U.S. Federal Reserve (the Fed), which holds many of the economic levers in the United States, has an important meeting in December. We still think the Fed is on track to hike at that meeting, but it is a much closer call after today’s outcome. Janet Yellen and the Federal Open Market Committee will be looking at financial conditions to see whether markets stabilize before making that important policy decision. So we don’t see this election as having a lasting impact on markets. True, it will take some time for investors to consider the implications of a Trump presidency, and act accordingly. But there are sectors that might benefit—energy could outperform, given Trump’s insistence that he will reduce regulations and work to boost output of oil, gas and coal. Healthcare and biotech stocks, which faced concerns that Hillary Clinton would seek greater regulation and even price controls, might benefit as well. More fiscal spending could reinvigorate growth and potentially help to boost the infrastructure sector. The markets during the next presidency While President Trump comes with plenty of uncertainty, it isn’t clear what many of his policy positions are and what he’ll actually push forward as a legislative agenda, nor is it clear what direction the Fed will take under a Trump presidency. He has said he will replace Fed Chairwoman Janet Yellen, although her current term is through January 2018.  The Fed is deliberately positioned to be independent of the political process in Washington. That provides an important source of stability and leadership in the short-run. Against a backdrop of stable macroeconomic fundamentals, we at Russell Investments like buying significant dips like this one and prefer non-U.S. assets at this time. We encourage investors to remember that however radical this presidential change may seem, the United States is a big place with a large and diverse economy. And, as Brexit proves, populism is becoming a driving force in global politics today. We don’t think one person—even the president—is positioned to help send the markets permanently off the rails. Savvy investors should look for opportunities as the political environment settles.