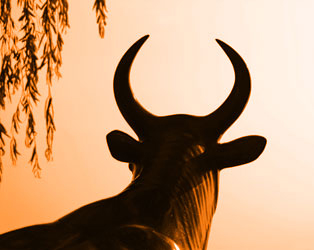 China's national bureau of statistics recently revealed that in 2015 the country's gross domestic product grew at its slowest rate in the past 25 years, reigniting fears of a prolonged slowdown for 2016.1 As expected, this headline added to nervousness and even panic in global markets. Decades of exceptional double-digit growth rates and unquestioned over-reliance on China's ability to drive growth have built some very high expectations.

But the recent economic volatility may be a signal of an important social shift happening now in China. This transition, like similar transitions over the past 20-30 years, could prove to be a key driver of China's future growth and the transformation of the country's economic model.

A necessary paradigm shift
In order to understand this transition, it is important to consider how China's national balance sheet – the sum of all of the country's assets and liabilities – has evolved over time. One way to interpret China's recent economic slowdown is that China's domestic assets – its financial assets, real estate, factories, labor, et al – have all become less productive.

This is not the first time that China has faced a challenging national balance sheet. Under the 'iron rice bowl' economic system that dominated the first three decades of the founding of the People's Republic of China, the productivity of the nation's key asset, the labor of Chinese citizens, steadily dropped as people lost motivation to work hard or to innovate on the job.

Leaders like Deng Xiao Ping in the 1980s and Zhu Rongji through the late 1990s took steps to remove the guarantees in employment, housing, and pensions for Chinese citizens, while simultaneously providing new rights and privileges to the people. New economic reforms meant that Chinese citizens would be allowed to own and trade a broader group of assets, including real estate, factories, stocks, and bonds. While the principal value of labor as an asset was no longer fixed, the principal value of these new types of assets was implicitly guaranteed by the government.

This was an extremely significant change in the 'social contract' between the Chinese government and its citizens: from now on, employment and wages would be at risk. There were no more salary guarantees, no more assigned housing slots, and no more guaranteed pensions. But if these same citizens took their capital and invested it in any of the new assets available to them – e.g. buying their own home or purchasing mutual fund shares – they could expect that the government would reimburse them for any capital losses.

Almost immediately, the Chinese economy reaped significant benefits from this change in the social contract. The new assets that people were buying were highly productive, and Chinese GDP growth began its heralded streak of 30 years of double-digit expansion2. However, over time the government's new guarantee on the principal value of a broader set of assets became a significant problem.

Namely, the aggressive expansion of credit in the market, first in response to the financial crisis in 2008 and then as part of an aggressively loosened monetary policy through 2012-13, contributed to the sharp rise in asset prices and the decreased productivity of these assets.3 Similarly, credit growth also increased the number of citizens holding these assets4. It was no longer a limited number of wealthy and well-connected people who owned unproductive assets like mortgaged properties in ghost cities. Any and everyone seemed to be buying these types of properties. Similarly, investments in overvalued securities markets were no longer the domain of a select few institutional investors. Citizens across the country were buying stocks and investing in shadow banking products to take this exposure. The government is now faced with the problem of unaffordable capital guarantees for a large swath of assets held all across the country.

Here is where the earlier pattern of actions around the change in the 'iron rice bowl' social contract helps explain current Chinese government policy. Many of the government's market actions through late 2014-15 can be interpreted as signals to the population that principal values of market assets are no longer implicitly guaranteed5. In other words, people should no longer expect the government to guarantee the 'floor price' of less productive assets like real estate in 3rd or 4th tier cities, or small cap stocks with P/E ratios north of 100x.

Driving growth
To compensate for removing this guarantee, the government will institute new reforms to establish a nationwide health insurance system and a pension scheme. These reforms have been pre-announced but our expectation is that the government's efforts to provide tax-advantaged personal and employer retirement schemes and a nation-wide framework for quality healthcare will gain pace over 2016.6 This new version of the safety net may not be the equivalent of the iron rice bowl, but for a Chinese populace who will need to adjust to volatile property prices and an increasingly volatile share market, the removal of shadow-bank product guarantees, and any sort of reformed social protection in my view could be seen as encouraging developments.

This change in the social contract will affect asset price volatility. These types of changes are often revealed and understood in fits and starts as the government and the citizens reach a new settlement. This unsteady process of learning and adjustment invariably introduces volatility, and we expect domestic secondary markets and real estate prices to remain volatile over the next 2-3 years.

Over the medium to long term, this type of inflection point in Chinese society should prove extremely positive and bullish for China's future growth. In fact, I would argue that this change in the social contract is a pre-requisite for a real, credible transition from a manufacturing-led to a consumer-driven economy. This type of safety net and the transparent pricing of risk that this new social contract represents should drive an aggressive expansion in China's private economy. The near-term period of volatility is unavoidable, but the potential for sustained, strong growth proceeding from this should be attractive to many investors.

Cautiously bullish
We believe the bright spots in 2016 will be in the booming sub-economies. The services sector, for instance, should remain a key driver of growth. Education, law, finance, entertainment, research, business, and accounting services are in high demand.

Recent policy changes have also made it easier for foreign firms to invest in China's online retail sector. Growth in this sector over the next five years is expected to come not from expansion into foreign markets, but from the nascent demand in China, set to be worth more than US$1 trillion by 2018 and to comprise some 750 million online shoppers by 2020.7

While several major challenges remain – weak exports, high debt levels, currency devaluation, stock market volatility, and slowing investment – overall the Chinese economy shows no signs of coming to an abrupt halt. In fact, far from putting China on the verge of collapse, overcoming these challenges is likely to present a range of new potential opportunities in investing.

Overall, I remain cautiously bullish about China. The country has been able to seize growth opportunities during many paradigm shifts since the 1980s. For now, it will more than likely experience slower economic growth and continued asset volatility through much of 2016.

1 "China's Economy Realized a Moderate but Stable and Sound Growth in 2015," National Bureau of Statistics of China, January 2016.

3 "Is China's Bubble the Next Financial Crisis?" Bloomberg, October 2014.

Disclosures
The information, analyses and opinions set forth herein are intended to serve as general information only and should not be relied upon by any individual or entity as advice or recommendations specific to that individual entity. Anyone using this material should consult with their own attorney, accountant, financial or tax adviser or consultants on whom they rely for investment advice specific to their own circumstances.

Please remember that all investments carry some level of risk, including the potential loss of principal invested.

Diversification does not assure a porofit and does not protect against loss in declining markets.

The Russell logo is a trademark and service mark of Russell Investments. 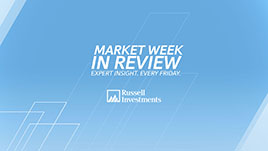 Weekly market update on global investment news in a quick five-minute video interview with some of our top investment professionals.

Views from our investments leaders