Through a simple compare/contrast exercise between emerging and frontier markets, Gustavo Galindo teases out the subtle and stark differences between the two. He illustrates that frontier markets potentially offer bold investors the risks and potential rewards much like emerging markets did for previous pioneers. 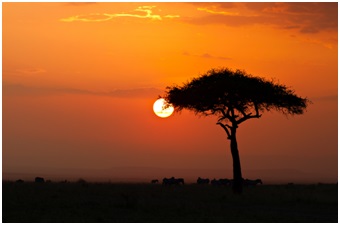 Investor sentiment toward emerging and frontier markets tends to swing in and out of favor faster than you can say “geopolitical uncertainty.”

Several years ago the BRIC economies (Brazil, Russia, India and China) became the darlings of growth investors drawn to the prospects of a transformative rebirth in those markets. Now, the pullback in China tops the financial pages, and the remaining BRI components are noted more for unsavory risks than promising returns.

Investing on the edge of today’s capital markets is rarely a stress-free experience, but a better understanding of the characteristics of these markets can provide a powerful incentive for investors with the fortitude to bet on their long-term growth.

We look at two primary components to determine whether markets are emerging or frontier. The first is GDP (gross domestic product) per capita, which is a way to measure a country’s wealth and the affluence of its citizens.  The second is how easy or safe it is to access the equity market. Emerging markets have higher GDP and greater accessibility for equity investors than frontier markets.

One advantage of investing in frontier markets is that there isn’t the same tradeoff between value and growth that we see in emerging and developed markets. As a result, investors can still find fast-growing companies with attractive valuations that are inexpensive. Investors can buy into those companies and either benefit from the earnings yields or simply wait until the companies are discovered by other investors. These opportunities are a lot harder to find in emerging markets.  Still, this unique opportunity comes with a set of unique risks, such as liquidity, inefficiency, and volatility.

A closer look at some of the key differences between emerging and frontier markets will help further illustrate both the pros and cons of investing in the frontiers.

Frontier markets are less liquid than emerging markets. This is a natural offshoot of their being undiscovered. Less trading information is available, and investors have fewer hours during the day to trade. If a market is open for only a few hours a day, it could greatly limit liquidity.

Further complicating matters, liquidity in frontier markets is often difficult to measure because much of the trading occurs in blocks. These blocks of shares are often traded privately and may be sold below or above market value. So, it can be very hard to know the true liquidity of frontier markets’ stocks.  This is less of an issue in emerging markets.

The easiest way to think about inefficiency in emerging and frontier markets is in terms of analyst coverage. In emerging markets, the equity universe is covered by a wide range of analysts. In frontier markets, very few stocks are covered by more than two or three analysts. Consequently, the average investor has less information on which to base their investment decisions. This may create an advantage for those who put in the extra time to get to know the companies.

Moreover, because investors are not always able to access information through the sell side, they have to rely on company management for information. Management may provide whatever they have, or whatever they want investors to know. This makes it difficult to evaluate a company objectively and, thereby, creates greater inefficiencies.

Lower liquidity in frontier markets also creates inefficiencies. Investors are not trading every time a company makes an announcement or a change. Paradoxically, this lack of buy-sell activity limits opportunities for additional trading.  This is unlike developed markets, such as the United States, where every time Apple (for example) announces a new development investors are prone to trade the stock, and the price typically reacts immediately.

Emerging markets have been institutionalized, while frontier markets still remain out of bounds for the mass market. As is, for the typical investor, the more common way to access frontier markets is through emerging market funds. In addition to barriers, such as regulations or inaccessibility to the marketplace, most individual investors face psychological hurdles as well.  It’s still difficult for many to grasp the concept of frontier markets. It can also be challenging for many investors — especially U.S. investors — to think about placing bets in Africa or Southeast Asia or Latin America due to a strong home-country bias.

Dynamics of oil and commodities

A similar, but less dramatic, dynamic exists with copper, particularly for frontier markets in the Copper Belt of Central Africa. The price of copper typically has little effect on emerging markets (larger countries are importers), but can have a noticeable effect on some large frontier markets.  Since many frontier markets are heavily dependent on natural resources, their economies often rise and fall with price gains or drops.  As a result, these headwinds and tailwinds can often disrupt the market cycle. Emerging markets, on the other hand, are generally less vulnerable to such commodity fluctuations since their economies are more diversified and, therefore, more closely aligned with the consumer and financial sectors.

The reason for this difference is simple. Emerging economies have more established markets with a larger number of foreign investors who have made long-term bets on their economic growth. By contrast, frontier markets don’t have the same level of maturity and foreign investment. For example, if an election in Nigeria goes sour or a new conflict erupts in the Middle East, those issues often impact frontier markets in those immediate regions while having little impact on a broader scale globally.

Both emerging and frontier markets are often characterized by a growing middle class — a population that is coming out of poverty and acquiring more buying power. This has the potential to create an economic tailwind for consumer companies. While the actual number of middle-class consumers in emerging markets is far greater, especially in countries like China and India, the rate of growth of the middle-class consumers in frontier markets is more dramatic.  Still, betting on the ascending middle class in either emerging or frontier markets requires patience and a long-term investment strategy.

With a growing consumer base in both emerging and frontier markets, companies that serve those customers are increasingly attractive to investors. But, consumer companies in frontier markets face much higher risks. They buy and sell in the local currency, and they operate in regions where revolution or government intervention are real risks that could devalue the currency or undermine the economy.

In summary, the contrasts between emerging and frontier markets are stark in some respects and nuanced in others. A simple compare/contrast exercise can help tease out investment opportunities and risks.  For bold investors with a penchant for far-flung places and a long-term horizon, frontier markets may offer the same sort of speculative opportunities and potential rewards that emerging markets once represented for previous investment pioneers.

The information, analyses and opinions set forth herein are intended to serve as general information only and should not be relied upon by any individual or entity as advice or recommendations specific to that individual entity. Anyone using this material should consult with their own attorney, accountant, financial or tax adviser or consultants on whom they rely for investment advice specific to their own circumstances.

Russell Emerging Markets Index: Measures the performance of the investable securities in emerging countries globally. Constructed to provide a comprehensive and unbiased barometer for this market segment and is completely reconstituted annually to accurately reflect the changes in the market over time.

Please remember that all investments carry some level of risk, including the potential loss of principal invested.

They do not typically grow at an even rate of return and may experience negative growth. As with any type of portfolio structuring, attempting to reduce risk and increase return could, at certain times, unintentionally reduce returns.

Diversification does not assure a profit and does not protect against loss in declining markets.

The Russell logo is a trademark and service mark of Russell Investments.