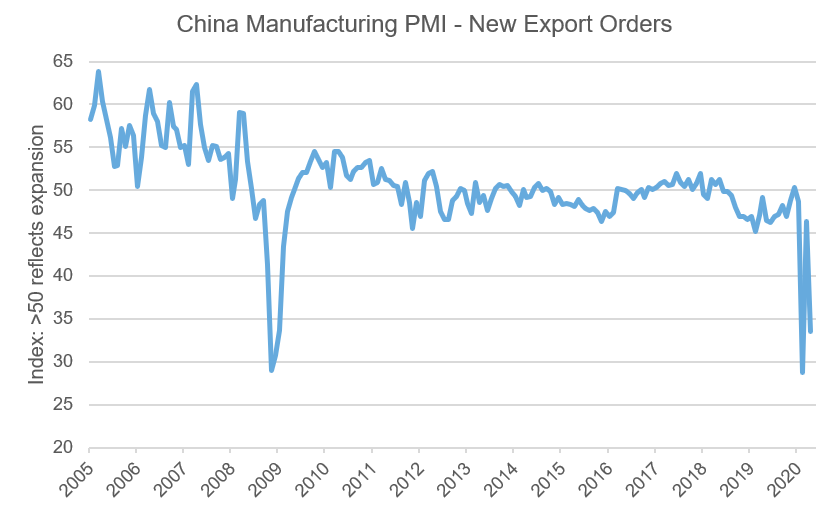 The Chinese government has also been very active in providing medical support to nations facing the outbreak, including sending ventilators to Italy. Most recently, China has provided testing kits to Saudi Arabia, Iran and Nepal. Off the back of this, amid concerns about equipment shortages, the outbreak has revealed some concerns about the level of dependence on Chinese manufacturing in relation to medical supplies. Over 40% of all personal protective equipment (PPE) used comes from China1— and we think that one of the likely consequences of COVID-19 will be a concerted push to reduce that proportion.

Along with the supply of PPE and other medical supplies, tensions between China and the United States (and to a lesser extent, Europe and Australia) have been rising over the origin of—and responses to—the virus. There have been several headlines around ramifications, which have included the selling of U.S. Treasuries by China and a return to tariffs and protectionist policy. Of these, the latter would be the most damaging to financial markets and the economic recovery globally.