For investors, the importance of Chinese equities continues to grow, with the recent announcement that index provider MSCI will increase the number of domestic shares included in its flagship Emerging Markets (EM) Index.1 The move will gradually increase the inclusion factor of MSCI China A large cap securities (companies listed on the domestic Shanghai and Shenzhen exchanges) from the current 5% inclusion to 20% of their respective free-float adjusted market capitalisations.2

Upon completion, 253 large- and 168 mid-cap China A shares will be included within the MSCI EM Index, at an anticipated weighting of 3.3% in the index by November, a significant move from the current 0.71%.3 However, after the initial inclusion in June 2017, this barely scratches the surface of the broad domestic opportunities available in the world’s second-largest economy.

However, 2019 has seen a rebound in investor sentiment. As of mid-March 2019, the MSCI All China Net Index is one of the world’s best-performing equity markets with the domestic market, as measured by the CSI 300, up +27.4%.4 Positive trade news drove expectations of a trade agreement while foreign investors have been drawn to the relative attractiveness of the market in terms of valuations relative to history. 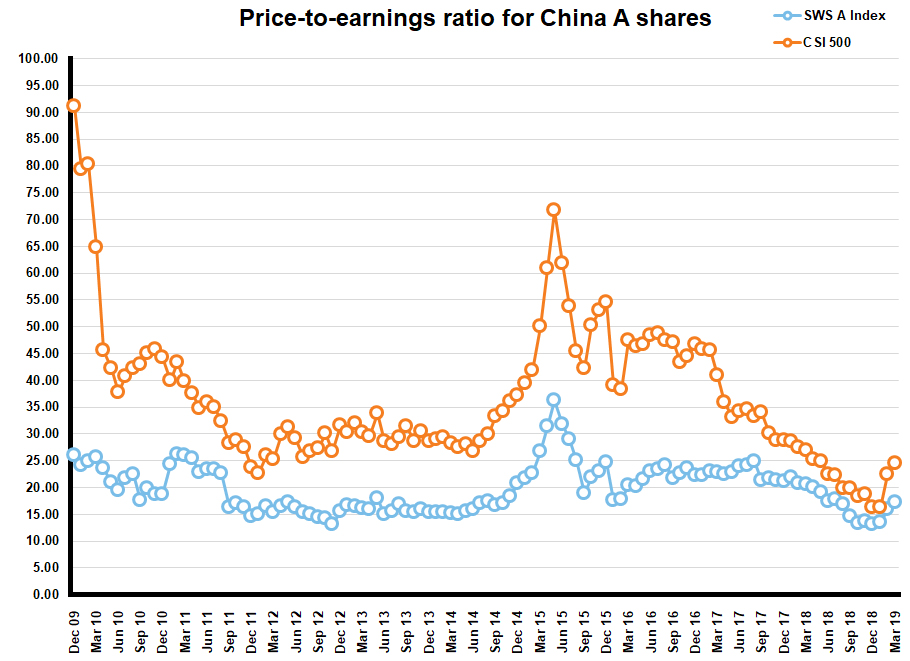 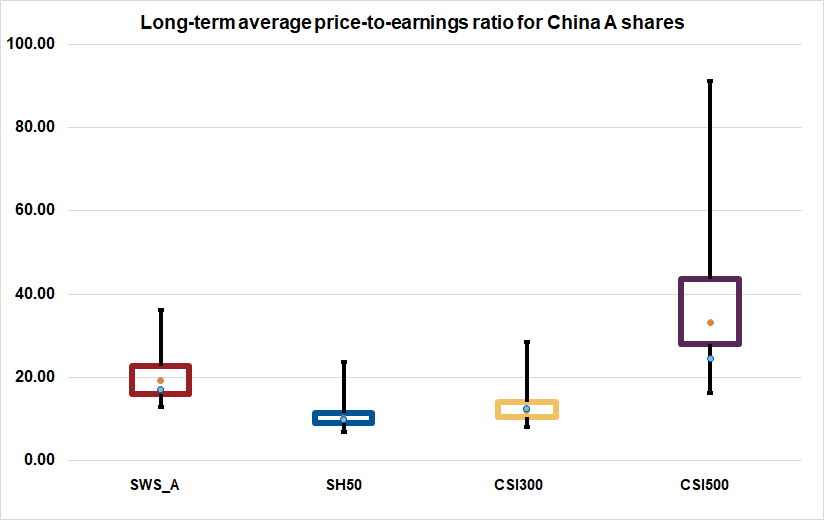 The main source of China exposure for investors today will be through EM portfolios, which is gained predominantly from investing in companies listed in Hong Kong and the U.S. These are heavily dominated by financials and technology related stocks. In contrast, the composition of the onshore market is much more diversified and offers a direct route to tap into the domestic structural growth story through the greater depth and breadth of the consumer staples, consumer discretionary and health care sectors. The sheer size of the onshore market – larger than the UK and Japanese markets combined, with a $7.7 trillion market capitalisation5 – provides diversification benefits for global investors with its relatively historic low correlation to other equity markets.

We acknowledge China’s economic growth is slowing as it continues on the path from a manufacturing-based economy to a consumer, services and technology-led economy. Nevertheless, its expected growth rate remains far superior to developed and total EM expectations. While its population demographic may not be as favourable as other Emerging Markets such as India, China has over 400 million millennials. This is five times the number within the U.S.6

The central government responded to last year’s slowing domestic consumption through supportive policy measures such as VAT and personal income tax reform. This notably included the largest tax cut package in the country’s history announced in October 2018. Such fiscal stimulus is anticipated to have a significant impact on middle class consumption in particular, contributing to the government’s likelihood of reaching its 6.0%-6.5% growth target for 2019.

More broadly, we are beginning to see corporate governance improvements across the market. For example, 763 A share listed companies voluntarily provided a corporate social responsibility report in 2016.7 The emphasis on ESG issues is also on of the agenda of the central government and the regulator. In June 2017, the domestic Securities Regulatory Commission introduced requirements for all listed companies (and bond issuers) to disclose the ESG risks associated with their operations in their annual or semi-annual reports from 2020.8 Meanwhile, a newly revised “Code of Corporate Governance for Listed Companies” was issued in September 2018 which clearly requests companies to establish ESG requirements including areas such as green development, targeted poverty alleviation and strengthening of audit committee functions.9

While this remains at a very early stage, it is positive to see an emerging market take a proactive approach to these issues.

Do you have a sufficient allocation to China A shares?