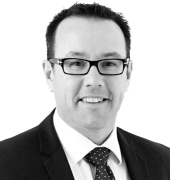 Prior to this Alister lived in the United Kingdom where he worked in various roles in the transition management industry. His client base consisted mainly of pension funds in the UK, Europe, Middle East and Australia.

Immediately prior to joining Russell Investments, Alister was European Head of Transition Management at Deutsche Bank. Prior to that Alister worked at Merrill Lynch Investment Managers where he was a fund manager on the transition management team. He was responsible for dealing, strategy and risk management.

Alister has a young family to which he devotes the majority of his time outside the office. When he finds himself with some free time he enjoys mountain biking, off road running and tennis.