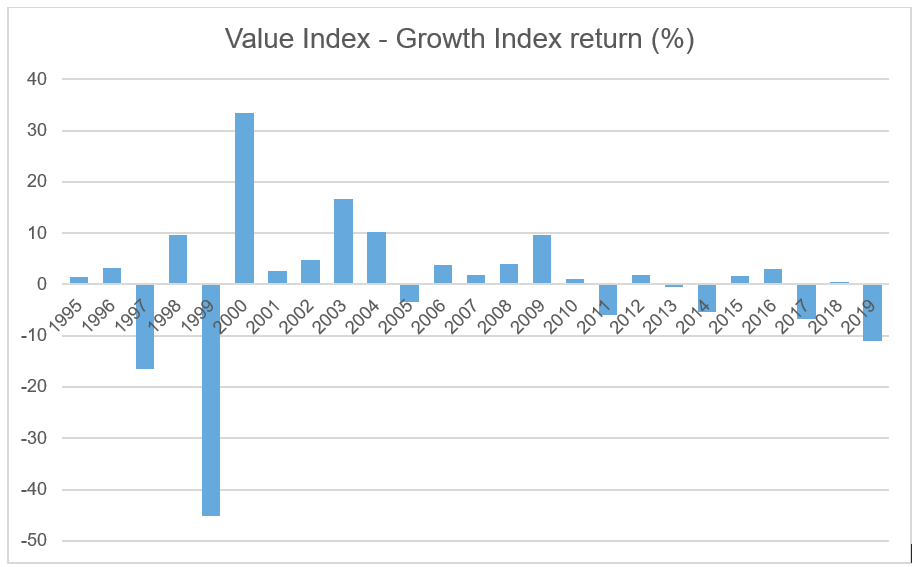 3. A maverick persona prompts reforms - Junichiro Koizumi was Prime Minister from 2001 – 2006 and was a powerful force in Japan and a huge advocate for deregulation, which Japan went through during his tenure. Furthermore, Koizumi implemented the privatisation of the post-office savings system, a radical move to clear out bad bank loans and a curb on high state indebtedness.

4. Political volatility - Japan experienced a rollercoaster of political leadership, with a number of  leaders in just six years. This created uncertainty amongst corporate companies, with many of the larger firms moving their Asian headquarters outside of Tokyo. The below chart shows the (monthly) movements in the TOPIX throughout the political changes. 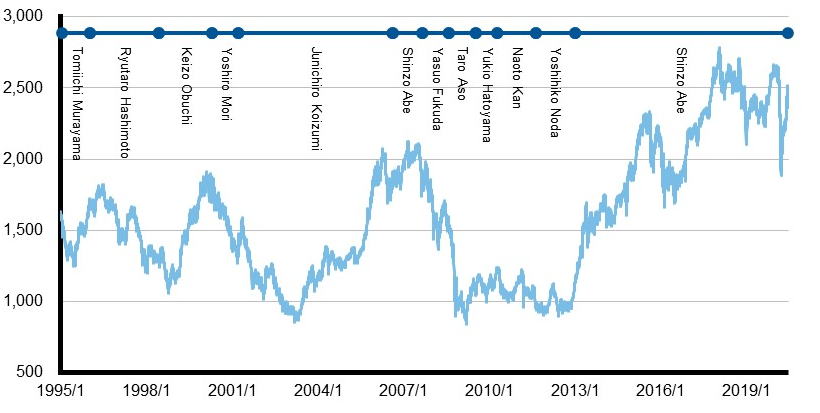 Source: Bloomberg and Russell Investments. Data as at 29 May 2020.

5. The sleeping nation awakens - Despite its preponderance of high-growth tech companies, the Japanese stock market has traditionally held a reputation for being littered with so- called ‘zombie’ companies and investors alike: those which have been barely profitable over many years and only survive thanks to support from the government or from affiliated companies in the same ‘Keiretsu’ (a set of companies with interlocking business relationships and shareholdings). However, this is now changing for the better. Japan remains a great place for active management, and particularly for those able to find the best active managers.

6. A strengthening yen - Over the past 25 years, the Japanese yen had traded at similar levels to the U.S. dollar. However, in the last quarter of a century the exchange rate has been on a rollercoaster ride, reflecting the relative fortunes of the Japanese economy. The below chart shows the movements in the yen versus the U.S. dollar. 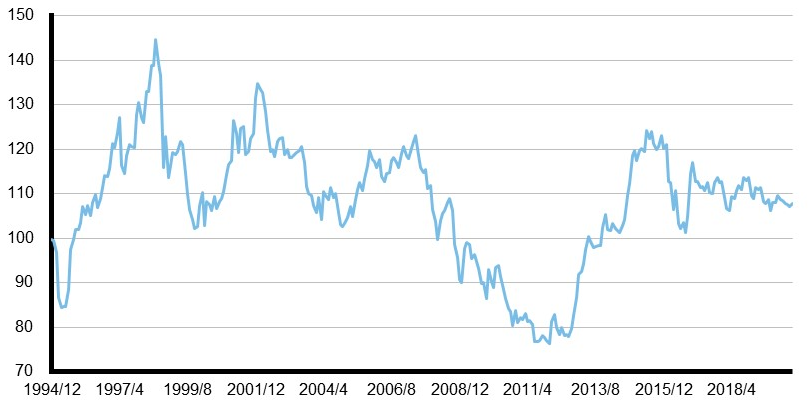 7. A catalyst for corporate Japan to look outwards - The strengthening of the yen following the global financial crisis (GFC) negatively impacting export-oriented manufacturers. This became a strong argument to make corporate Japan invest overseas and move into a more ‘open economy.’ Despite trade balance surplus previously being taken for granted, dividend income or returns from overseas subsidiaries or investments are meaningfully positive.

12. Female empowerment in the workforce - Abe has encouraged more women to enter the workforce and relaxed immigration laws to allow a modest number of blue-collar workers to fill gaps in pressurised sectors of the economy.

13. A fight for better working conditions - The government amended labour laws (which came into effect in April 2019) to improve working conditions by reducing hours, revising wage laws and annual leave rules. The hope is that employees less able to work long hours or more labour-intensive jobs (such as the elderly, parents/carers or disabled) will remain, enter or return to the workplace.

14. Lifetime employment - If you are classed as a permanent employee in Japan, you are entitled to stay at that company during your lifetime. The below chart demonstrates the effect of the ‘lost decade’ on companies in Japan, with the significant decline in lifetime contracts and an increase in contracting / temporary employees. 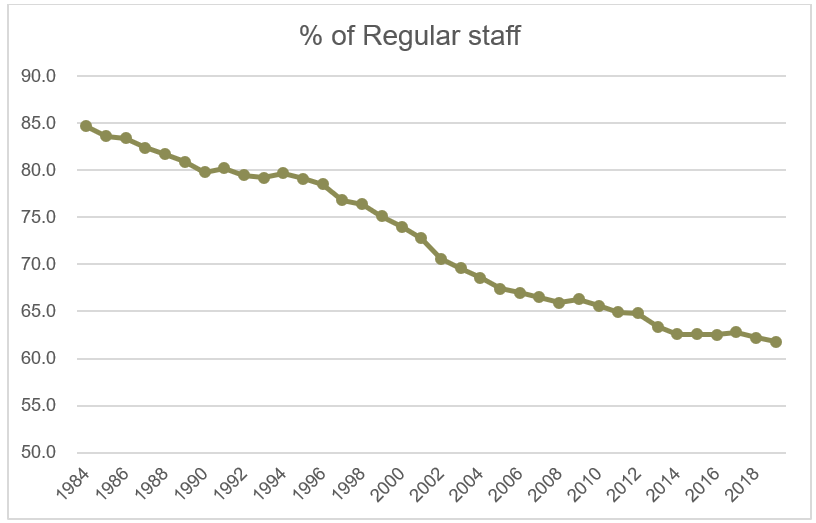 15. Networking across the globe - Japanese companies are entering a new phase of globalisation, with an increased number opening headquarters overseas and providing a full localised service to international customers.

17. Dividends are on the rise, but wages are not - The net profits of Japanese companies grew by 630% from fiscal 2000 to 2018, according to corporate earnings data provided by the Finance Ministry. During that period, labour costs rose only 3%, but dividends jumped 440%.1 In other words, much of the wealth created by companies has gone to shareholders, not their employees.

20. To merge or not to merge - A structural change is taking place amongst Japanese companies, with an increase in mergers and acquisitions, as more large corporate companies are buying smaller competitors and consolidating their industries. This is likely to further increase over the coming years.

22. Diversifying for success - One of the key contributors to the success of the Russell Investments Japan Equity Fund over the past two decades is the multi-manager approach. This approach enabled diversity across a number of factors; including the team (located in both Tokyo and Sydney) and the vast amount of research carried out to find the best-in-class managers.

24. Japan’s response to the global pandemic - Japan’s death rate per capita from coronavirus is one of the lowest in the developed world, more than 70 times lower than the UK and 40 times lower than the U.S. Despite having a lower death rate from the coronavirus, Japan’s economy has suffered with the rest of the globe. On Tuesday 16 June, The Bank of Japan increased its COVID-19 stimulus from 75 trillion yen ($700 billion) to 110 trillion yen ($1.02 trillion).

25. Mysterious Japan - There remains a mystery of Japan-specific factor pay-offs. The value factor has outperformed the growth factor in the past 18 out of 25 years. This is in contrast with the rest of the world, where the patience of value investors has been tested to the limit. Conversely, the momentum factor has not worked as well in Japan as it has in the rest of the world. The reasons are widely debated. Part of the reason lies with Japan’s highly cyclical corporate profits, which favour value stocks in the rebounds, and with Japan’s more stable institutional and retail share ownership, which pays less attention to tracking-price momentum trends.

The past two and a half decades have been both turbulent and triumphant for the Japan economy, as the country begins to recoup confidence from international investors. Japanese companies have been challenged by corporate governance to streamline, shareholders are becoming more active and dividends are growing.