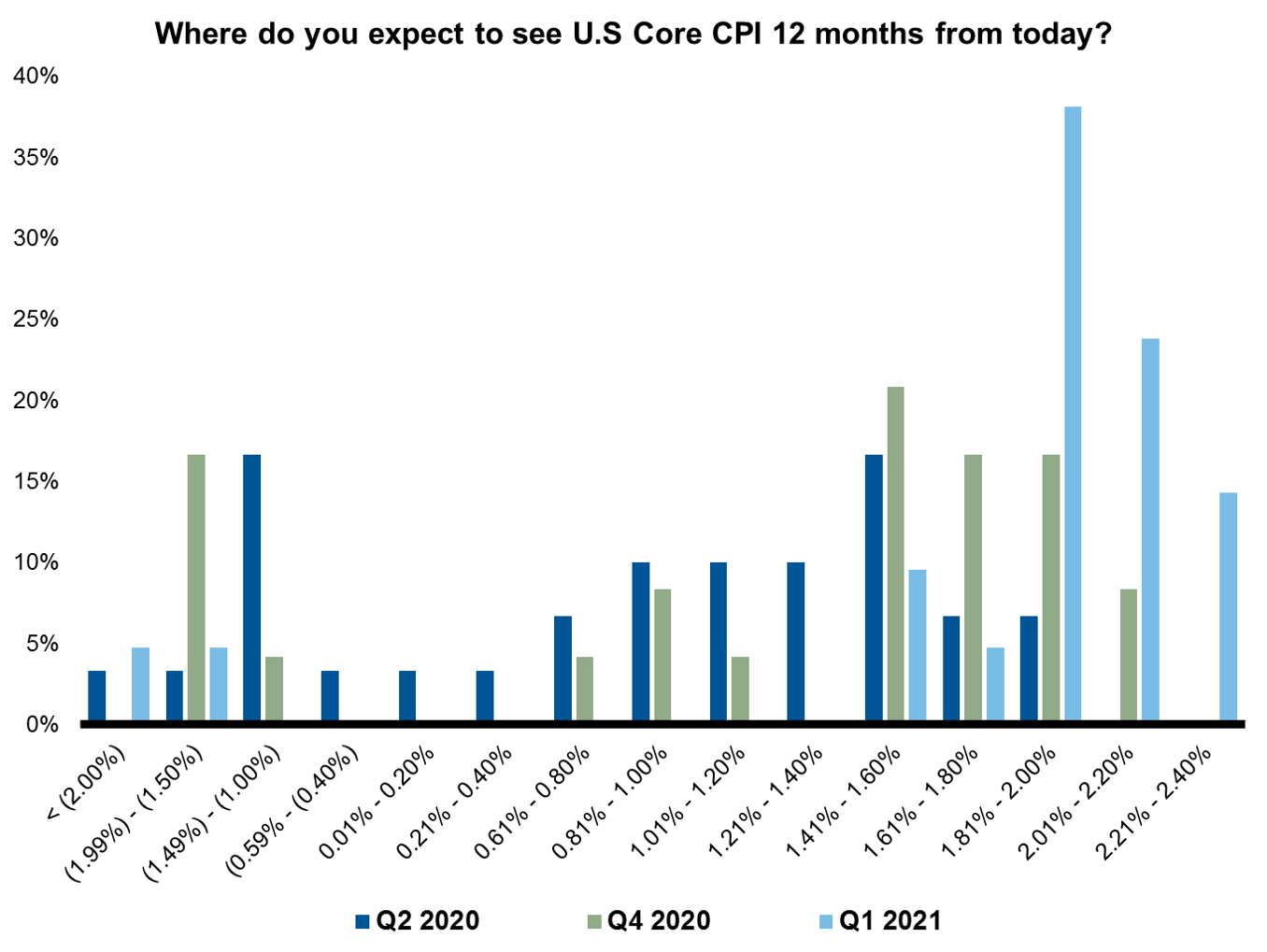 Managers expressed more optimism about the speed of the economic recovery. Expectations for growth recovery to pre-COVID-19 levels were pushed into the latter stages of 2022 – backed by 57% of respondents. Meanwhile, 42% of them expect this to happen during the first half of 2022.

Additionally, when asked about the segments with the most attractive risk-adjusted returns, managers continue to reduce preference towards IG assets, tilting towards HY assets and more recently towards EMD in local and hard currency in the endless pursuit for yield.

In regard to higher inflation, managers seem to be comfortable with predicting levels hovering around the FED target rate. The consensus of managers seems in line with recent Federal Open Market Committee minutes suggesting that the threat of subdued inflation is greater than that of higher inflation.

However, U.S. Treasury yields have tested these expectations quickly as Congress approved its $1.9 trillion stimulus package at a time when monetary policy is very accommodative with low interest rates and continued increases in the money supply. Could the combination of decisive fiscal spending and expanding money supply awaken market fears regarding inflation?

Survey participants do not think so and current market levels merely imply a return to normal economic activity. However, this will be a critical issue moving forward and the easy market conditions are critical to current market valuations.