The proposed Italian budget deficit for 2019 has been ill-received by markets. Could things get worse before they get better?

Italy is in trouble once more

The 10-year Italian bond (BTP) yield has risen 80 basis points to 3.55%1 since late last month on news that the draft Italian budget plan (officially sent to the EU Commission on the 15th of October) is targeting a 2.4% of GDP (gross domestic product) for 2019. At one level, this should not be surprising. A coalition pairing of the right-wing populist Lega Nord (League) party and the left-wing populist 5-Star Movement (M5S) party was never a recipe for stability, in our view. Why? Both had promised a fight with European Union leaders in Brussels over fiscal rules and both campaigned on unaffordable promises. Markets were initially calmed by the appointment in June of the fiscally conservative economics professor, Giovanni Tria, as finance minister. This created the impression that the new government would not be too fiscally irresponsible — an idea which has since largely gone by the wayside.

The BTP yield at 3.55% may look attractive, especially considering it’s above the June peak when the coalition government was formed. There are still, however, several issues that we believe need more clarity before we can be confident the worst is over:

We believe that, in terms of sentiment, neither 2-year nor 10-year BTPs are strongly oversold yet. Furthermore, as it stands, we think that there are too many unanswered questions to comfortably take on Italian risk. While Tria did make some supportive remarks recently about the deficit improving from 2020, we will need more concrete evidence that M5S and the Lega are prepared to revise down their fiscal expansion plans. We expect that ultimately the bond market will force a back-down (like the experience of Syriza in Greece). The main risk in our view, however, is that Italy may move even closer to the brink before that occurs. 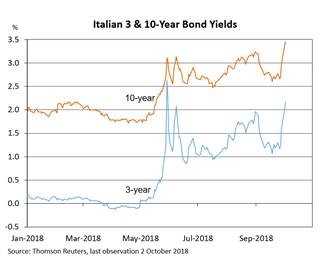 Italy has run a primary fiscal surplus (the primary balance excludes interest payments) for the past 12 years, so in this regard the country has run responsible fiscal policy. The problem is that interest payments (the legacy of past fiscal prolificacy) mean the overall Italian budget position is in deficit. This year’s targeted deficit is 1.7% of GDP. The previous government’s plan was to reduce that to 0.8% in 2019. The Lega/M5S plan to increase the deficit to 2.4% represents a significant easing and is three times the deficit agreed by the European Commission.5 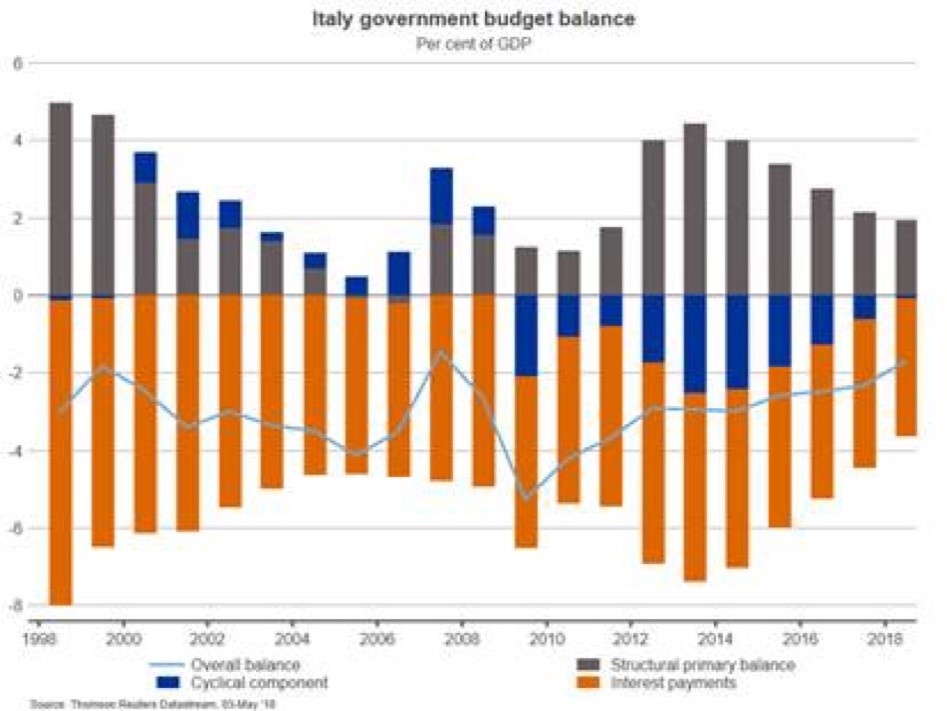 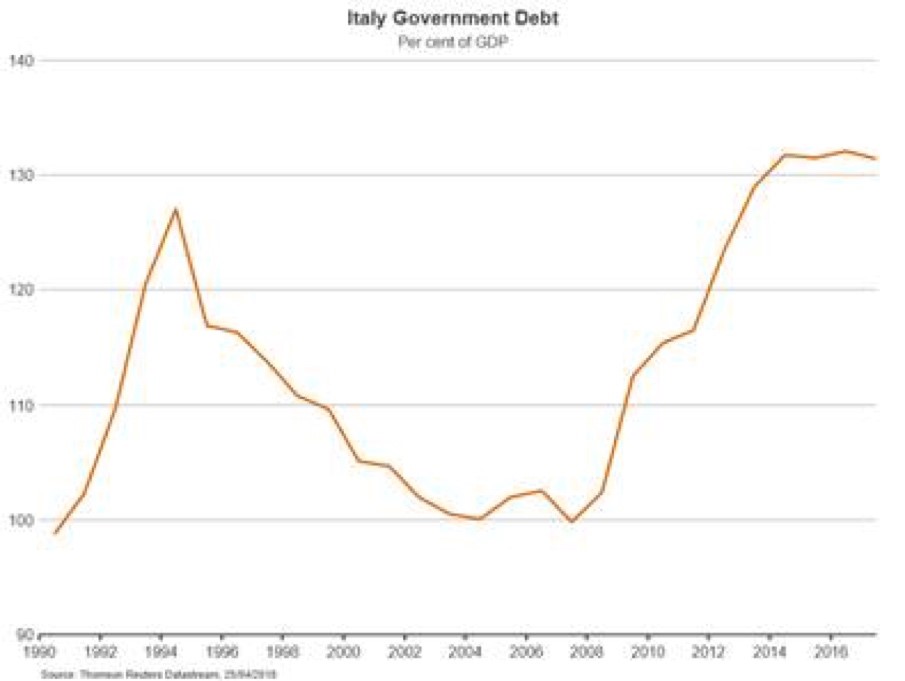 Italy’s 7-year bond yield (a proxy for the average yield on government debt) is now above the growth rate of nominal GDP. This will cause the debt/GDP ratio to increase unless the government runs a fiscal surplus. 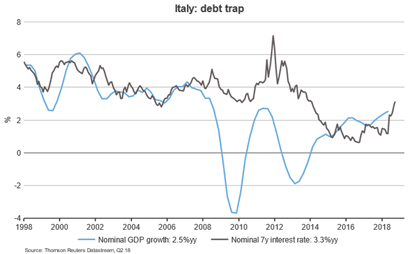 Furthermore, Italy’s economic performance has been disappointing and has not recovered from the 2008 financial crisis. 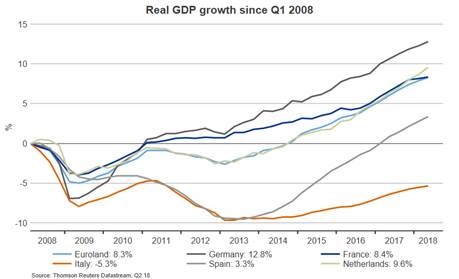 Bottom line: Too much uncertainty

The market reaction to the 2.4% deficit target shows just how little fiscal space Italy has. BTPs look attractive after the sell-off, but we believe that neither the 2-year or 10-year bonds are strongly oversold yet — and we think there is too much uncertainty to take on Italian risk. In short, while Tria has made comforting comments about the longer-term deficit outlook, these need to be backed by the leaders of the Lega and M5S parties to have credibility.

Unless — or until — that happens, mama mia may continue to be the phrase of the day for investors.