Battle inflation at the cost of growth? 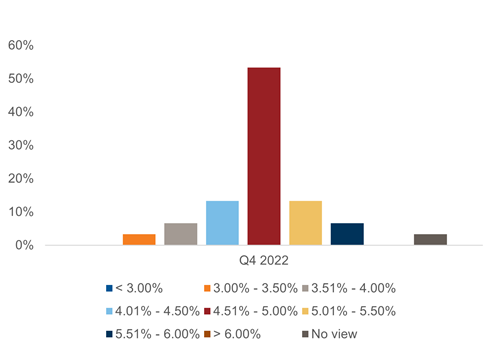 Where do you see U.S CPI inflation averaging over the next 5 years? 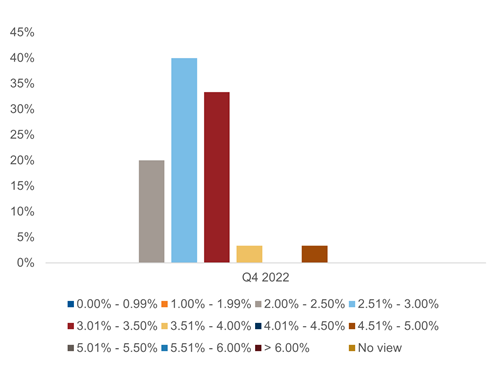 Major central banks have been quick and strong on interest rate rises to tame inflation. Maybe moderating prices in the US offered some light at the end of the tunnel for aggressive tightening. Nevertheless, markets don’t expect inflation to come down to traditional target rates for the next few years. Furthermore, market participants did not believe the US would enter into recession before 2024. If this is true, are managers expectations for the Fed and bond markets appropriate?

Participants in this survey clearly felt that inflation concerns were larger than recession; however, very rarely does the Federal Reserve engage on tightening bias without triggering some form of recession. Should the economy evolve negatively in line with previous hiking cycles, managers may find themselves offside. The OBR thinks the UK is already in a recession, whilst Europe, China and probably the US will follow suit. How will central banks navigate this macro environment?

Fortunately, amid this microeconomic environment, managers believe credit fundamentals will be resilient. However, how deep will potential recessions be? Could the war in Ukraine escalate? Will China get to grips with Covid? How will fundamentals fare if the environment deteriorates more rapidly than currently thought?