What to expect from the Fed's strategic review

The U.S. Federal Reserve (the Fed) is undergoing a once-in-a-decade strategic review, with an announcement of its results expected sometime during the first half of the year.

There are three broad areas under the central bank’s consideration:

Are changes to the dot plot in the works?

Ironically, the communication channel is the most opaque in terms of any changes that are under consideration. One area that’s sure to be ripe for discussion is what’s known as the dot plot—the chart that displays each Federal Open Market Committee (FOMC) member’s projections on what the federal funds rate should be. It’s no secret that the FOMC doesn’t like how investors latch onto the dots without properly considering the uncertainty around each participant’s (i.e., dot’s) baseline forecast.

So, what might change following the review? We could potentially see the dot plot augmented by something such as the following fan chart going forward. The Brookings Institution also detailed several other ways to improve the dot plot a few years back. It’s worth noting that we do not expect any changes to the communication strategy to be particularly impactful for asset prices. 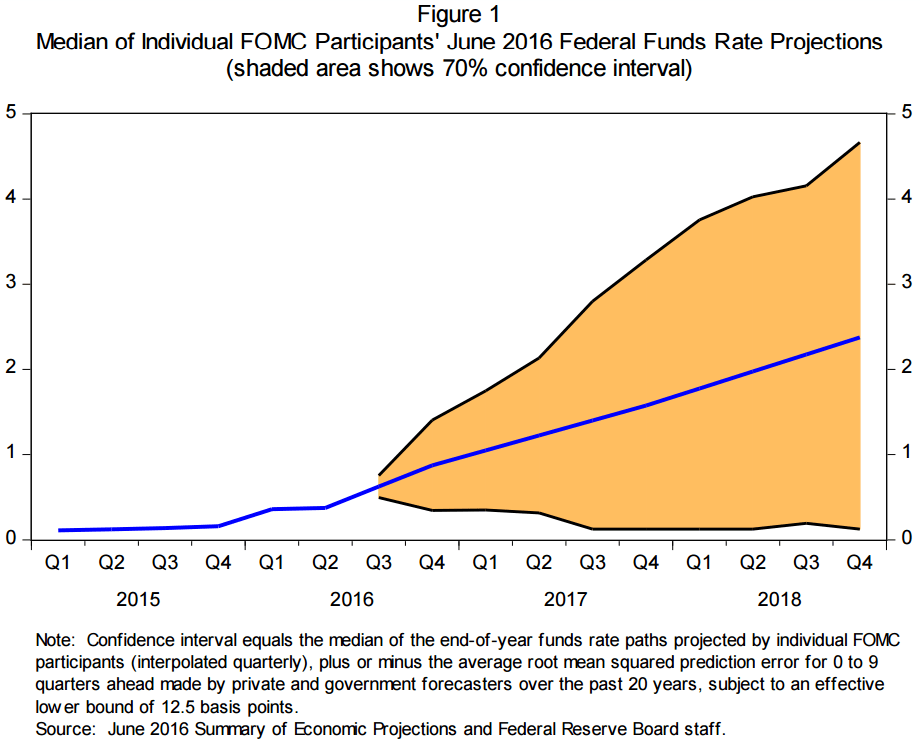 The review of the Fed’s policy toolbox is likely to be more interesting, as we think through the economic and market implications of the next U.S. recession. The impetus for this review is an understanding that, with lower equilibrium interest rates, even a mild recession could force the Fed back to the lower bound—which occurs when the short-term nominal interest rate is at or near zero—and constrain its ability to provide accommodation. There has been a lot written and said about this subject across the Federal Reserve System and private sector economists.

Our take is that:

We expect the Fed to announce a shift to average inflation targeting as a result of the review. Such a change would be dovish in the context of the realized inflation undershoot in recent years, and likely keep the Fed on hold, even in a stronger global growth environment. 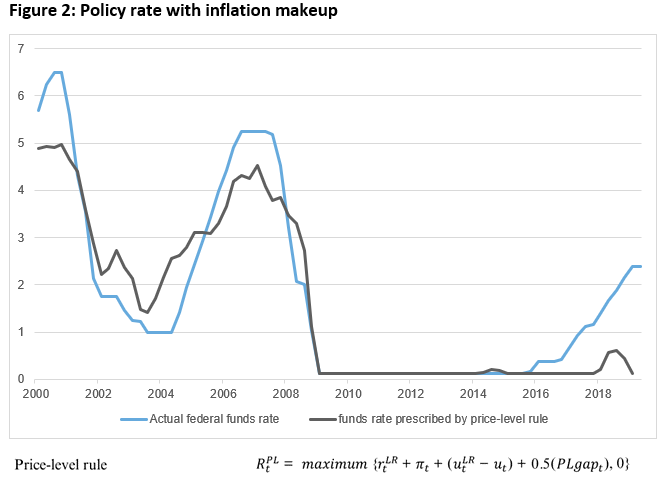 Whether or not the Fed would actually cut interest rates in the transition to a more dovish framework—circa later this spring or summer—is an area of uncertainty for our outlook (upside for risk assets, downside for bond yields).

The case for a cut, as argued in a recent note by JPMorgan’s Michael Feroli, is as follows:

The case against a cut, in our view, includes:

Of these counterpoints, we find the second and third to be the most persuasive in terms of why the Fed is likely to remain on hold for the balance of 2020.  With this in mind, our team of investment strategists assigns only a 20% probability to a Fed rate cut following its June 9-10 meeting. A protracted pause is much more likely than a rate cut and remains our central scenario. Inflation pricing is low, and a continuation of the recent muted inflation experience is projected for many years to come. While we see this as an appropriate baseline, we do believe risks are skewed toward higher break-even inflation rates.

Ultimately, this likely shift in the inflation target increases the likelihood of the Fed remaining on a protracted hold, even into our more bullish macro scenario of a positive mini-cycle for global growth.