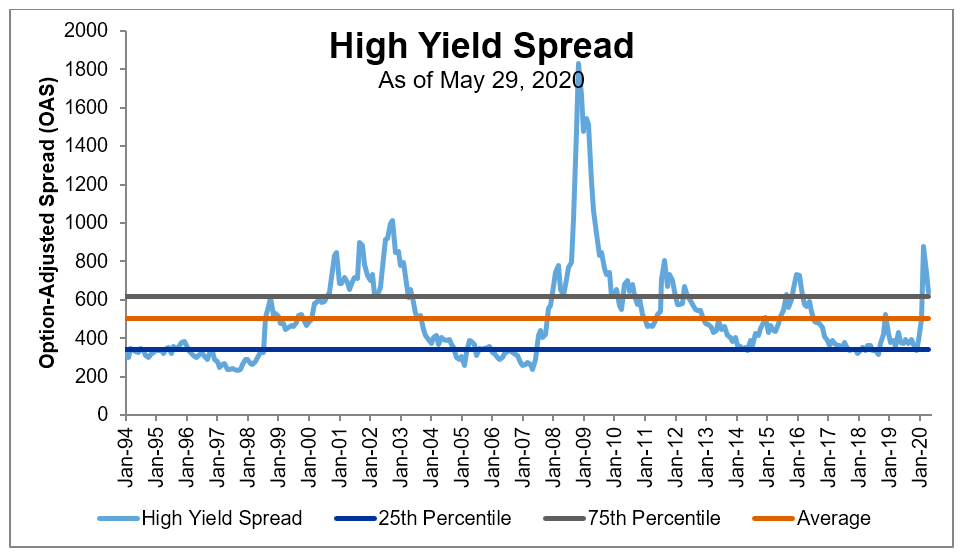 1 The spread of the Bloomberg-Barclays U.S. High Yield Index on that date was 500 basis points versus 536 basis points on 6/8/2020. Note also that subsequent post-mortem analysis has found earlier deaths in the U.S. due to COVID-19 that were not known at the time.