In the late 1990s, six of the largest 10 firms in terms of capitalization were in technology or telecommunications: Intel, Cisco, Microsoft, IBM, Lucent, and Oracle (ICMILO). Today, five of the largest 10 firms by capitalization are in technology or communications: Facebook, Apple, Amazon, Microsoft, and Alphabet (FAAMA). It’s interesting to note that Microsoft is the only company that was in the top 10 during both periods.

Figure 1 shows that the upsides are quite similar, but the current rise in prices is happening at a slightly lower, steadier rate than in the 90s. Technically, a bubble is characterized by a rapid escalation in prices, and this is not what we observe today. 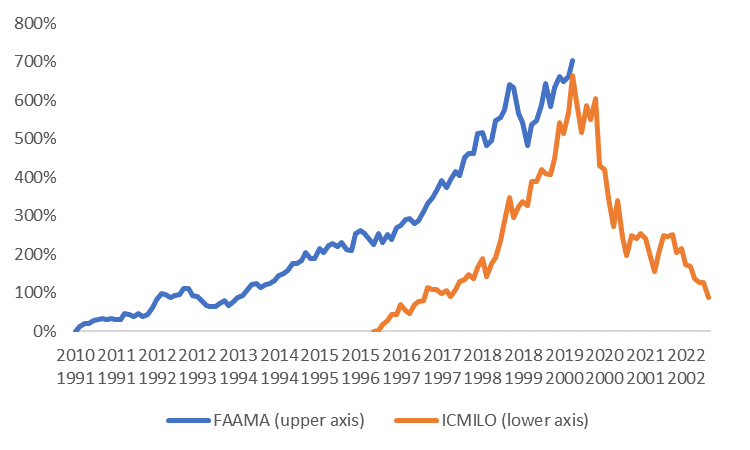 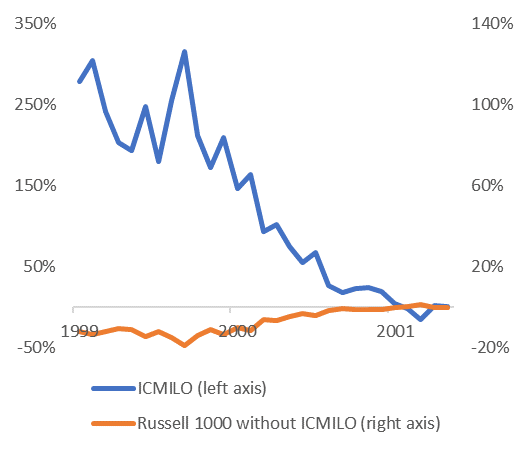 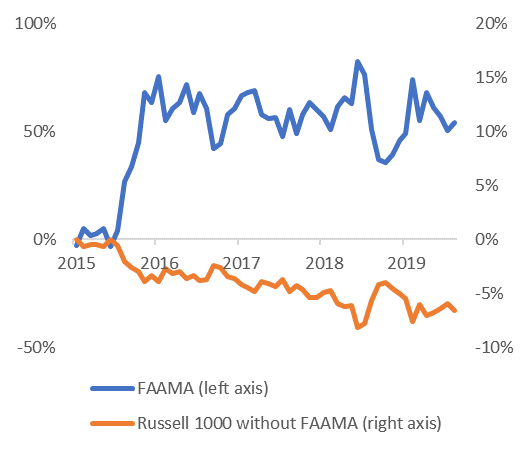 Technology stocks are growth stocks that, in general, trade at premiums to the rest of the market. This makes it all the more important to analyze the valuation ratios not in an absolute sense, but relative to the historical mean. In looking at one of the popular valuation metrics (price-to-sales) in Figure 4 and comparing that with the historical average premium of around 100% for the largest tech stocks, we note that even though valuations of the largest tech companies are currently high in today’s world, they are nowhere near the extremes reached during the 90s. 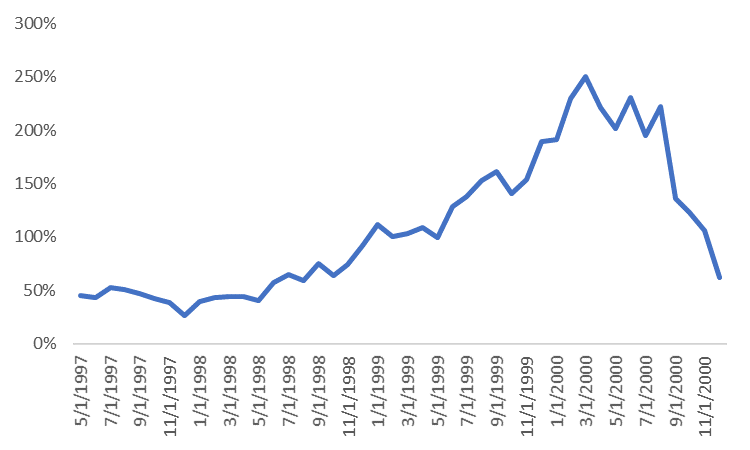 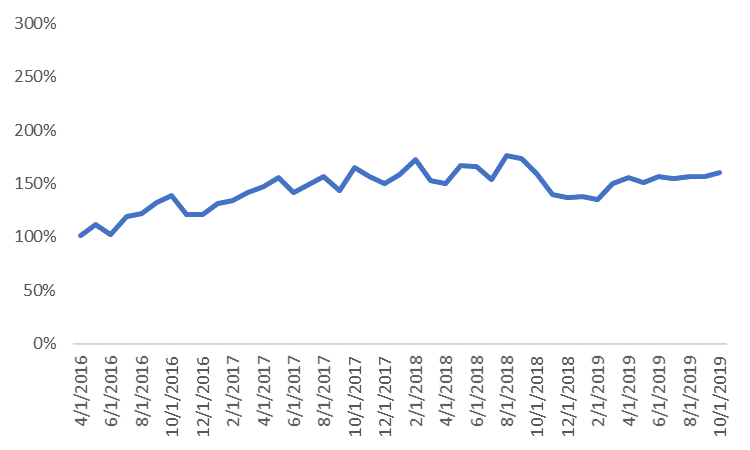 During the 90s boom, many tech companies that used high-yield bonds to finance themselves soon failed. Today’s technology sector has seen a large increase in BBB-rated debt in percentage terms over the last several years[1], while many lower-rated issuers have received downgrades, leading some to wonder if history may repeat itself. While this is a fair concern, the default rates for tech today still look healthy. 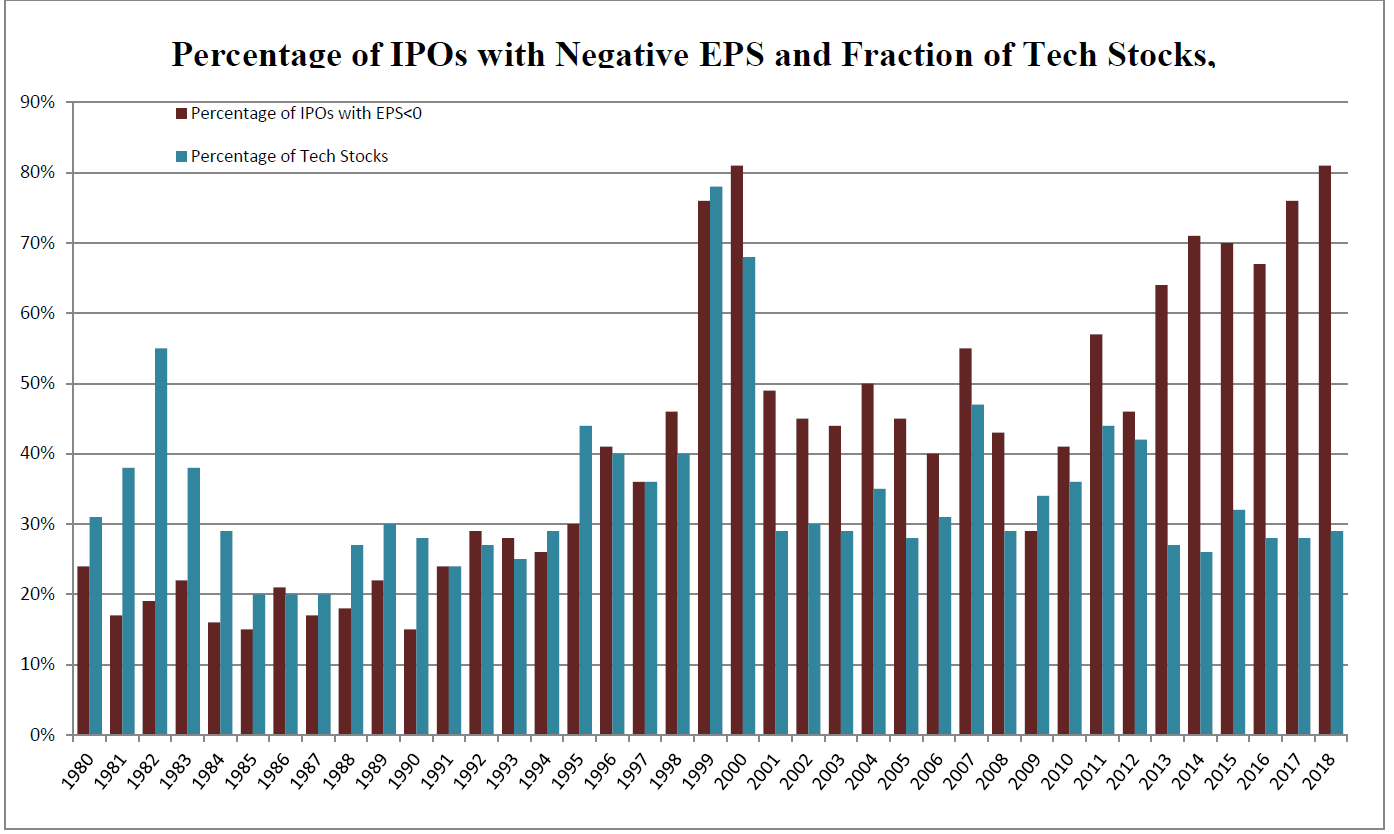 It’s crucial to understand, however, that even the absence of some of the features that characterized the bubble of the late 90s, today’s technology and communication sectors can still experience a reversal in performance. It’s also important to note that these sectors are facing increased regulatory scrutiny. When combined with rich valuations, we believe both of these factors have the potential to curtail tech’s cycle of outperformance. A small underweight to U.S. and growth stocks may be the best way to prepare for this.