Fixed Income Survey 2020: Are markets sailing to the U.S. Federal Reserve’s rendition of steady as she goes?

Fixed Income Survey 2020: Are markets sailing to the U.S. Federal Reserve’s rendition of steady as she goes?

In our latest assessment of the fixed income landscape, 48 leading bond and currency managers considered valuations, expectations and outlooks for the coming months.

Managers had to contend with a myriad of developments recently — a trade war between the U.S. and China, Brexit uncertainties, slowing economic growth and U.S. President Donald Trump’s impeachment proceedings. A new developing headwind, meanwhile, is the potential negative impact of the spread of the coronavirus on both the Chinese and global economies in 2020.

Some respite came in the form of phase one of a potential Sino–U.S. trade deal and some clarity over Brexit, after Prime Minister Boris Johnson’s Conservative Party’s commanding majority win in the UK general election. However, the main tailwind managers were expecting was action from the U.S. Federal Reserve (Fed). The Fed delivered three rate cuts as part of a mid–cycle adjustment approach.

Following this, markets seem to have agreed that 2020 will be steady as she goes. But then came the coronavirus outbreak. This, when coupled with the looming U.S. election - including the potential for candidates on the opposite side of the spectrum to go head-to-head, leads us to believe that 2020 is most likely to be anything but another typical year. 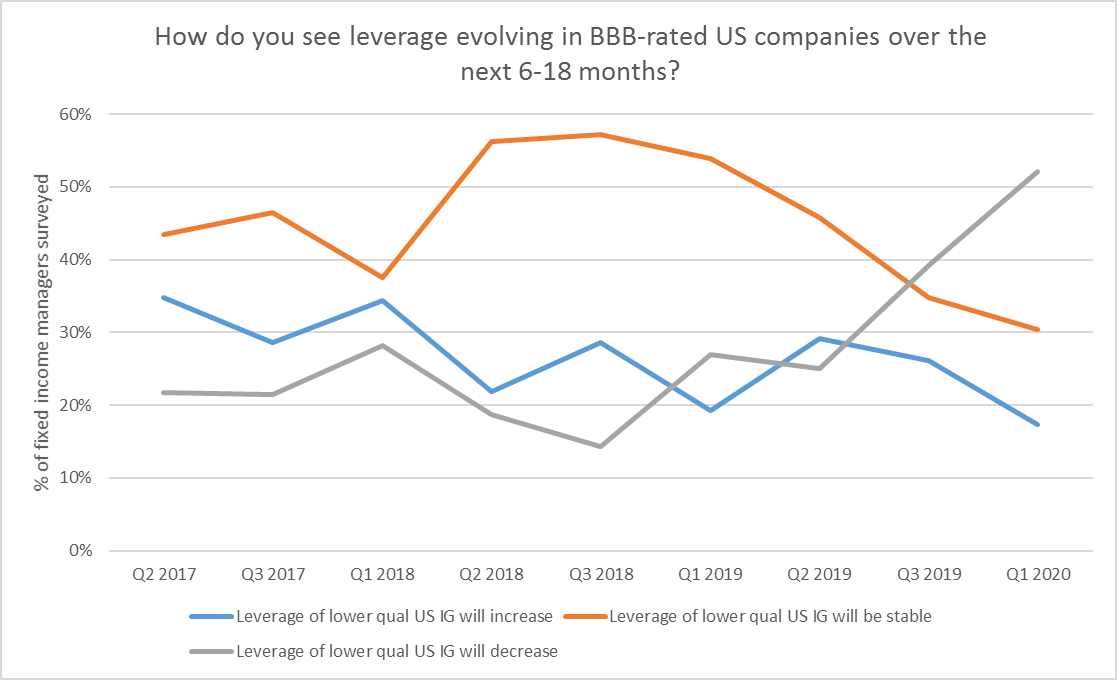 Amid trade and economic growth concerns, the Fed gave the markets the rate cuts it desired. Interest rate managers reacted positively and broadly do not expect any significant movement from the Fed this year. Additionally, as optimism increases around the performance of the economy, managers seem to be more confident in the outlook for the BBB space. Managers also consider U.S. high yield bonds to offer considerable opportunities. This appetite for risk would clearly indicate that the markets are singing the tune of steady as she goes — as broadly engendered by Fed actions.

However, are managers too reliant on the Fed to provide meaningful tailwinds? In this survey, we also discovered that managers (for the first time since 2Q 2018) are concerned about geopolitical risks which show no signs of abating. More managers also indicated concerns about a global slowdown. When markets stop singing, managers have looked to the Fed for support.

Can the Fed react by going lower on rates? Is it willing to consider zero bound? 202 thus far has already given us enough to mull over — notwithstanding the looming U.S. elections — and the headwinds don't look to be fading anytime soon.
Site preferences
Login Register