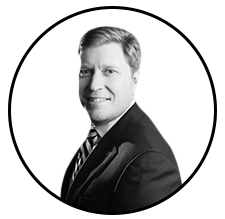 Doug manages portfolios and overlays as part of Russell’s customized portfolio solutions team across all asset classes. He is responsible for the development and application of short-term capital market and asset class forecasts. These forecasts encompass the range of products that are part of Russell’s enhanced asset allocation capability (EAA).

Doug is also instrumental in Russell’s global forecasting and macroeconomic thought leadership as a member of both the multi-asset portfolio management and strategists’ teams. These forecasts are used to support client presentation in addition to the suite of EAA products.

Externally Doug represents Russell via media channels having been a frequent guest on CNBC, Bloomberg TV, and NPR as well as a frequent contributor and quoted in The Wall Street Journal, Reuters, Investments & Pensions, and the Seattle, New York, and Los Angeles Times.

Prior to joining Russell, Doug served as an officer and pilot in the United States Navy and competed professionally in competitive sailboat racing in Australia, New Zealand, and North America. In the community, Doug serves on the board of the Innovators Network at the Fred Hutchinson Cancer Research Center.

Doug holds a B.A. in Political Science and an MBA in strategy both from the University of California at Berkeley, as well as an MBA in finance from Columbia University.

For professional implementation, look to our customized portfolio solutions