Some investors may be concerned that equity markets have become overpriced, and are on the brink of a pullback.

Perhaps they are passing time on the sidelines, holding onto cash and the belief they have lost out on the longest bull market in the last 60-plus years. Or possibly they are contemplating that it’s time to sell stocks and reposition to cash out of fear of the next bear market.

However, looking back over the last 90-plus years, it is unmistakable that bull markets have, on average, lasted longer than bear markets. In addition, bull markets have historically more than made up for any losses in bear markets. While there are a number of leading indicators when trying to foretell when the next bear market will be (flattening of the yield curve, inflated price-to-earnings ratios, etc.), it is nonetheless impossible to precisely predict when the bear market will begin. Given the fact that predicting the next market downturn is next to impossible, we believe the best approach for long-term investors is to stay invested, and dialed in on their long-term objectives. 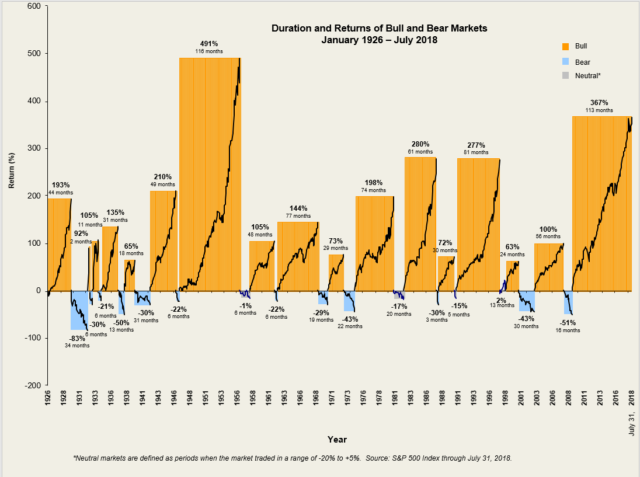 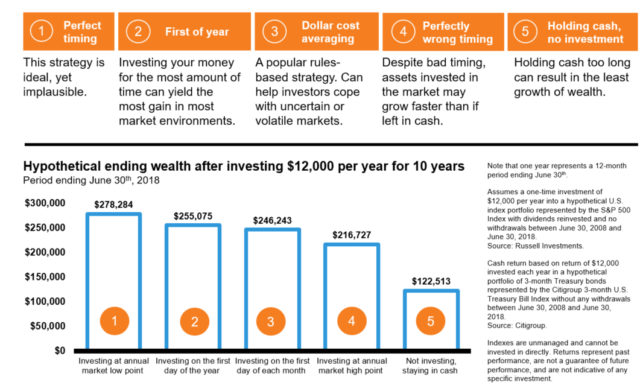