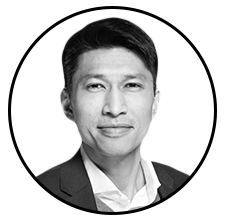 Van Luu is Director, Head of Currency for Russell Investments. Based in London, he leads all portfolio management, research and client advice on currency. Prior to this role, Van was Head of Currency and Fixed Income Strategy.

Before rejoining Russell Investments in June 2015, Van was a researcher and strategist in the allocation strategies department at Norges Bank Investment Management, the manager of Norway’s Sovereign Wealth Fund, where he advised on fund strategy and asset allocation from 2010 to 2015.

From 2007 to 2010, Van was a senior research analyst at Russell Investments.

Before that, he was the Head of bond markets/economics research at Landesbank Baden-Württemberg, Germany’s third largest bank by assets from 2001 to 2006.