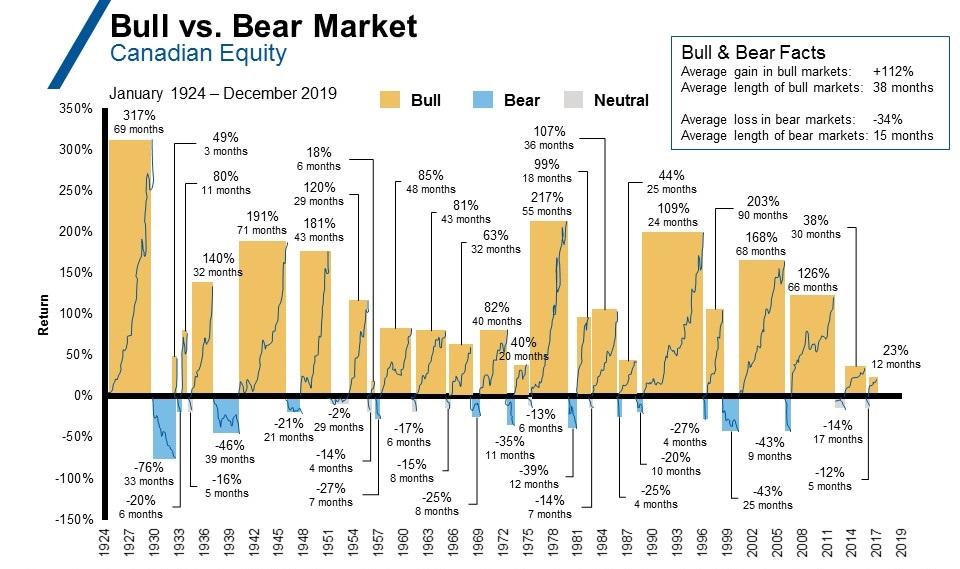 Source: Canadian Institute of Actuaries, BNY Mellon, Thomson Reuters DataStream, Russell Investments. Note: Returns prior to 1957 are based on the Report on Canadian Economic Statistics, June 2009, from the Canadian Institute of Actuaries. Returns 1957 to current are based on total return of the S&P/TSX Composite Index. Indexes and/or benchmarks are unmanaged and cannot be invested in directly. Returns represent past performance, are not a guarantee of future performance, and are not indicative of any specific investment. As of December 2019. 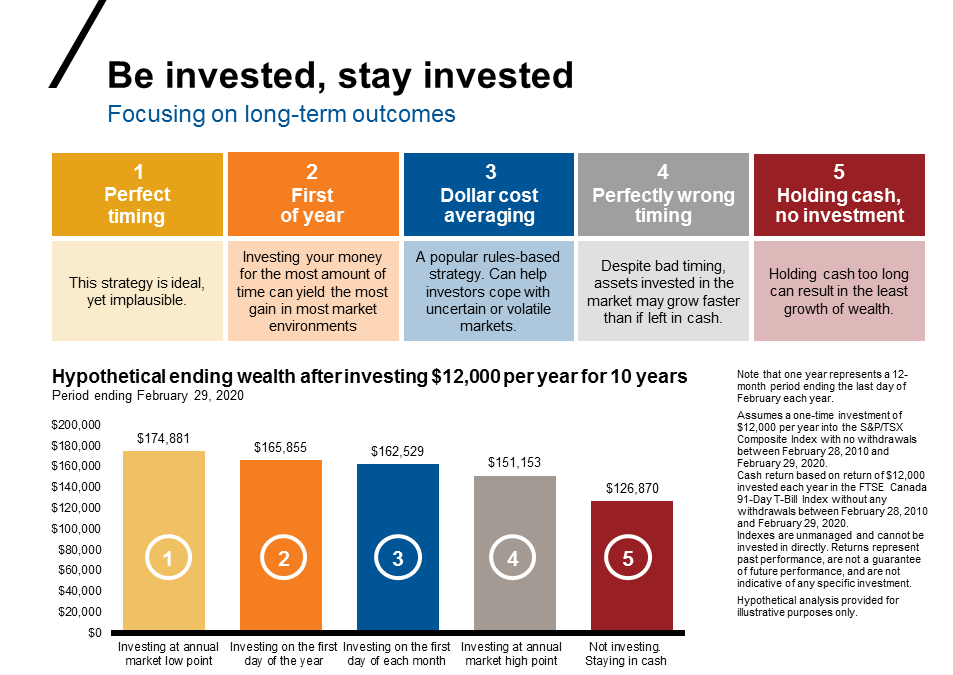