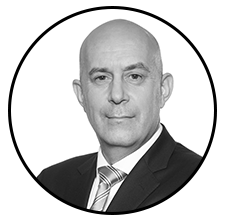 China stimulus, global central bank easing and a U.S.-China trade-war ceasefire could set the scene for a rebound in the global economy later in the year. However, the inversion of the U.S. yield curve and the downtrend in business confidence indicators keep us cautious at mid-year.

Markets are caught between incoming data that point to slower global growth and forward-looking factors that suggest improvement later in the year. With the pause in U.S. Federal Reserve rate hikes, we expect modest recovery in global cycle conditions.

U.S. Federal Reserve tightening, trade wars, China uncertainty, Italy’s budget standoff with the European Commission and Brexit imply that 2018’s volatility should continue into 2019. We believe that 2020 marks the danger zone for a U.S. recession, which gives equity markets some upside in the year ahead. However, late-cycle risks are rising—and monitoring these risks will be critical to avoid buying a dip that turns into a prolonged slide.

The U.S. Federal Reserve (the Fed) is settling into a quarterly tightening routine that could see the federal funds rate rise above 3%. Even so, the upside for the U.S. dollar looks limited given its expensive valuation and crowded long positions. We believe a pause in the dollar uptrend should bring respite to beleaguered emerging markets.

The two key global market trends of early 2018 - U.S. growth leadership and the U.S. dollar bounce - have probably run their course. Be alert for an escalation in the trade-war issue, and keep an eye on the yield curve for a U.S. recession warning, although a recession seems unlikely before late 2019.

Our central view is that equity markets can push higher before facing headwinds later in 2018 as markets factor in rising risks of a 2019 recession. Running with the bulls can be dangerous. It’s easy to get swept up in the elation of the crowd and underestimate the risks.

We’re in a late-cycle, momentum-driven market, where valuation is at an extreme. Momentum can drive markets beyond fundamentals for an extended period. No investment process is going to pick the peak in the cycle, but we’d lean out as the risks increase.

We’re in a late-cycle, momentum-driven market, where valuation is at an extreme. Momentum can drive markets beyond fundamentals for an extended period. No investment process is going to pick the peak in the cycle, but we’d lean out as the risks increase.

Our global team of investment strategists believes Trumponomics and Brexit point to an investing rollercoaster in 2017. Learn more about our near-term and long-term views for the year ahead and download now.

We see event risk returning in the final quarter of 2016, as markets absorb the U.S. election results, the Italian referendum and likely U.S. Federal funds rate tightening. Global markets and economies continue to look lackluster for the remainder of the year. We expect global bond yields to rise modestly as inflation pressures in the U.S. are offset by deflation in other developed markets.