February reporting season for Australian companies showed stronger earnings trends which, at the aggregate level, was mostly in line with expectations. Whilst the impacts of COVID on earnings and the broader economy linger, there are signs of improvement in underlying trades, and over the past six months the market's focus has continued to move towards the post-pandemic world. Volatility remains in markets both at price and underlying earnings levels. However, the trend of earnings growth since the trough of March 2020 remains intact. Earnings upgrades over the month were prevalent in cyclical sectors such as financials, energy, and materials; these sectors outperformed over the quarter to drive the ASX300 return to 2.5% over the month of February1. 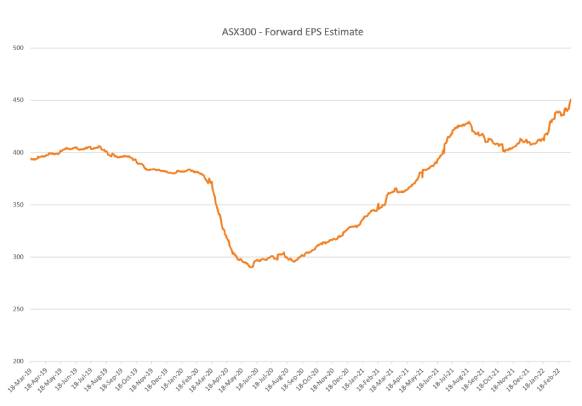 The outperformance of cyclical stocks, particularly financials, drove value stocks to outperform growth stocks over the month of February. This backdrop benefitted the Russell Investments High Dividend Australian Shares ETF (RDV), which outperformed over the month. RDV's focus on stocks that pay relatively high dividend yields leads to a value bias in the portfolio. As dividend paying stocks tend to be more mature, they exhibit lower growth prospects and therefore trade on lower valuations when compared to stocks with higher growth prospects.

Financials are traditional value stocks and have been (and continue to be) a source of strong dividend prospects in the Australian market. In recent years, with higher commodity prices driving strong cash flow generation, the materials sector has also been a source of dividends, and a part of the market that has been viewed as 'value'.

Two stocks that drove outperformance of RDV through reporting season in February were South32 and Bendigo and Adelaide Bank, adding 47 bps and 27 bps of excess return respectively to the overall portfolio excess return of 180 bps over the month. Going into reporting season, both stocks were attractively valued relative to the market. At the end of January, Bendigo and Adelaide Bank traded on 10.8x forward earnings, and South32 on 6.1x forward earnings; both stocks were therefore cheap relative to the broader market which was trading on 16.4x2. Alongside attractive valuations on an earnings basis, both companies were also expected to generate relatively high dividends when compared to the broad market, and this was confirmed by their respective results.

The rotation away from growth stocks and into value stocks over the month benefited both Bendigo and Adelaide Bank and South32, as cyclical stocks on attractive valuations outperformed. This ultimately drove RDV's outperformance over the month. Both stocks remain attractively valued relative to the market, and importantly in the context of RDV's objective to provide investors with an above-market dividend yield over time, trade on an expected dividend yield higher than that of the broad market. 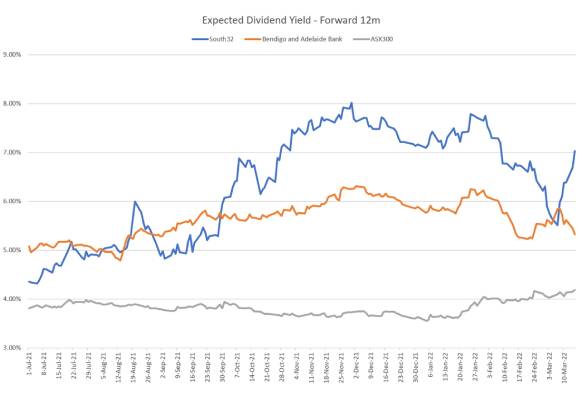 As the economy continues to emerge from the post-COVID world, the trend in earnings recovery is expected to continue. We expect that this environment should continue to favour cyclical stocks in the market such as those in the financials and materials sectors – two sectors that are also expected to continue to pay attractive dividends. As such, we believe that RDV remains well positioned to benefit over the next 12 months and we believe will continue to provide investors with income in excess of the market.