In addition, some analysts have suggested this inflation news may cause the Fed to upgrade its guidance in the March dot plot from a 3 to 4 hike pace. While we believe that outcome is in the realm of possibility, there are a few factors we see as weighing against this: 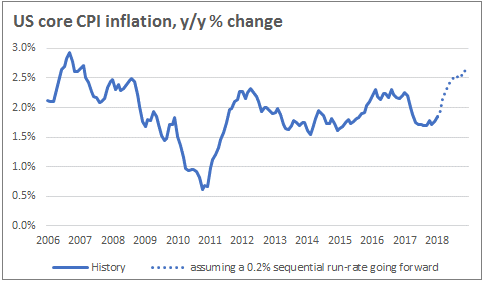 Perhaps the biggest surprise today was that markets did NOT react more negatively to the inflation news. With a core inflation number of this magnitude, we wouldn’t have been shocked to see equities re-test their recent lows—yet U.S. Treasury yields hardly budged on the news. Why? The answer can likely be boiled down to two factors:

All things considered, we see the resilience in markets thus far today as encouraging—and consistent with our belief that last week’s market volatility is likely not the start of a bear market.