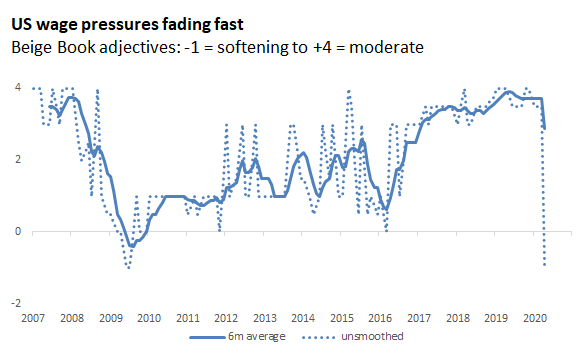 Thus far, most of these initiatives have only been enough to try to make impacted households and businesses whole again. Again, in a recession, that’s not particularly troubling, and is arguably the optimal policy. But will politicians get addicted to low borrowing costs and continue spending well after the current crisis has run its course? That, in our opinion, is where the real threat lies. Add to that the strategic policy reviews underway at the Fed, European Central Bank and elsewhere in which those policymakers may be willing to accept higher inflation in coming years to make up for the undershoots that will in all likelihood be realized in the months ahead.