Royal Commission into Misconduct in the Banking, Superannuation and Financial Services Industry: A Cathartic Experience for Finance Sector Equities

The Australian equity market in general, and bank and financial equities in particular, saw prices and valuations languish in the months leading up to Commissioner Ken Haynes’ final report on February 4th, 2019. Most active fund managers were underweight the banking sector, in the lead-up to the Commission’s 76 recommendations reveal.

Part of the sector weakness was associated with “Royal Commission” apprehension. This ranged from concerns that the Commission might propose regulator “micro-management” of such issues as executive remuneration (“BEAR[1]” and “FEAR[2]”), retail lending processes, and director accountability; right through to more existential fears – for example, that the Commission might recommend divestiture of wealth management by banks, or might take on the industry practice of percentage, rather than dollar-amount, fees.

As it happened, both Australian and Global macroeconomic growth hit a slow patch in late 2018, which reinforced the gloomy pall over equity markets in general.

Given that backdrop, the Royal Commission’s findings and recommendations, which were sensible and well-founded, but which fell short of either micro-management or radical surgery, were something of a let-off. General fund manager disaffection with the sector had also been reinforced, in terms of share price suppression, by significant trader short positions, and the unwinding of those shorts in the trading session following the release of the findings, reinforced the “relief rally” bounce on the share market. 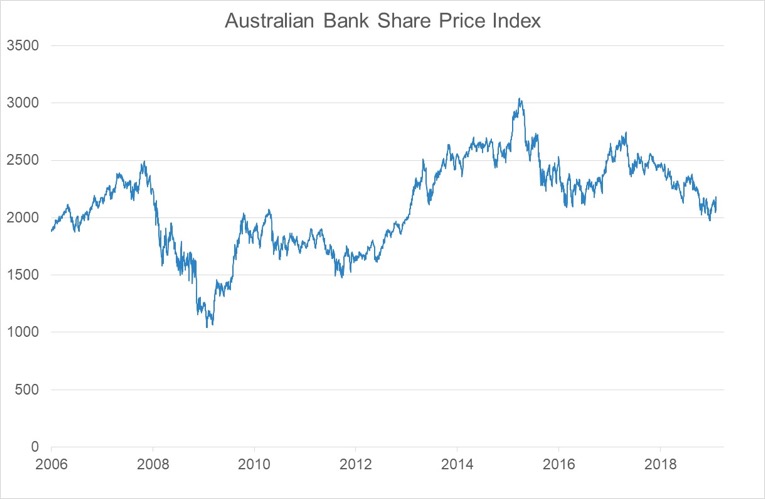 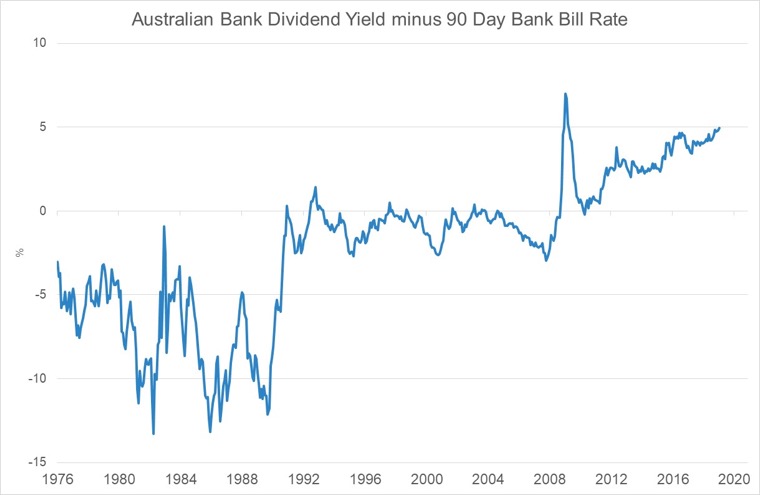 Other threats to bank share price performance through 2019 will be the future of the putative Labour Government’s policy of franking credit refundability; the outlook for the housing cycle and mortgage debt; and technological disruption in the finance industry as a whole. Commonwealth Bank, for example, after initially resisting the incursion of Apple Pay, has recently had to accept the reality of digital competition.

On the plus side, the Royal Commission has arguably improved the relative competitive position of the big four listed banks, relative to smaller competitors, and may diminish price pressure from brokers in the mortgage market. It is also reasonable to view the Royal Commission as constructive to bank culture – it is ultimately in the interests of shareholders, as much as customers, to have a healthy, disciplined banking sector of high integrity and held in high regard by the community.