Time for U.S. to address savings crisis for workers 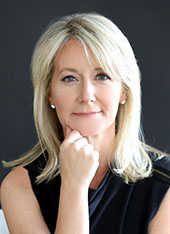 U.S. president-elect Joe Biden has sketched out ambitious plans to reinvigorate the pandemic-battered economy. But without addressing a festering savings crisis, efforts to revitalise the middle class are doomed to fail.

The U.S. savings and retirement system is broken, and desperately needs an overhaul to give Americans an opportunity to build lifetime financial resilience.

The economic ravages of a pandemic mean that a national conversation in the U.S. on change is imperative, starting with ways to move towards more universal access to auto-enroll savings and retirement schemes. Moreover, we need to increase our focus on providing real-time data and financial health scores so it’s easier for people to make good decisions.

A lesson from this past year is pretty simple: There is no normal in our intricately connected, swiftly-evolving global economy. What happens in Wuhan can upend Chicago, and more unexpected black swan events will probably emerge in the coming years.

Add to that the economic tumult of unprecedented technological change, which has been accelerated by the pandemic. We have seen millions of good jobs - in travel and leisure and retail - disappear virtually overnight. In a turbulent 21st-century economy, the health of an individual’s balance sheet is a critical buffer. Too many Americans are short on savings and drowning in debt. Our own research found that more than three-quarters of U.S. households nearing retirement had virtually no chance of meeting their income needs.

It is also a generational problem. In 1990, when baby boomers reached a median age of 35, they owned 21% of the U.S. economy’s wealth; that percentage has continued to climb to more than 55%. The smaller Generation X, now in their 40s and 50s, still owns less than 20%. But the crunch befalls the millennial generation. As they approach a median age of 35, millennials control only 3.2% of the nation’s wealth - despite accounting for a bigger percentage of the population than the boomers.

We need to admit that our retirement system is stuck in the 20th century, the remnant of an era when life expectancy was 65, not 85, and workers enjoyed a pension after working decades with the same employer. It is hopelessly insufficient in an economy where workers frequently change jobs and even careers.

Last year’s passage of the SECURE Act, which makes U.S. retirement plans more accessible to small businesses and part-time employees, was a step in the right direction. The law enables small businesses to join together to create pooled retirement plans. This will help some of the 40 million employees who cannot currently access a standard 401(k) scheme, largely small business or gig economy workers. While individual retirement accounts are available for such workers, they mostly require people to set them up themselves, determine their own investments and fund them.

More change should be considered. Government and business should partner to increase universal access to savings and retirement plans at work. Automatic payroll deductions should be at the heart of any reforms because they give employees the opportunity to pay themselves first, putting money away to secure their futures. As the Aspen Institute noted in a recent report on the subject, employees are 18 times more likely to save when an automatic payroll deduction is in place.

Australia relies on compulsory employer contributions to get to universal access. The country’s superannuation funds - now the fourth-largest holder of pension assets in the world - also allow retirement plans to follow workers and provide clear, easy-to-follow financial education and real-time numbers about how much to save to cover a range of outcomes.

That kind of system is, admittedly, a politically difficult path in the U.S.

In the U.S., there is promising experimentation at the local level. A handful of states require employers that do not offer their own 401(k) or similar retirement plans to enroll their workers in a state-facilitated individual retirement account. These remove the administrative burden from small businesses which cannot easily set up retirement accounts for their employees and enable features only accessible by larger plans.

In addition, companies including UPS are adding emergency savings options to their retirement plans.

Much more is needed, and presidential leadership in Washington, to move the needle toward a culture where financial resilience is at the center of plans to shape an economy where hard-working Americans don’t have to worry about going broke before they die.

Editor's note: This article was originally published in the Financial Times on 2 December 2020.