The patience of investors in more credit-oriented fixed income Exchange Traded Funds (ETFs) has been sorely tested over the last 12 months. Returns have been challenged by not only rising interest rates but also widening credit spreads. However, there is a silver lining behind such negative returns as they signal a return to more normal financial conditions and provide, in turn, the opportunity for higher returns going forward.

One of the core sources of return enhancement within most fixed income portfolios is the incorporation of a structural overweight to credit spreads1. Such an overweight will tend to be longer term, or more structural, in nature as it provides investors with one of the more predictable premiums which can be earned in fixed income markets. This is especially true in Australian markets where the credit exposures tend to be relatively ‘high quality’; i.e. exhibit low absolute levels of default risk. This underlying belief in the benefits of a strategic overweight to credit has been sorely tested over the last couple of years as investors experienced low headline yields over 2020 followed by material negative returns from 2021-2022. 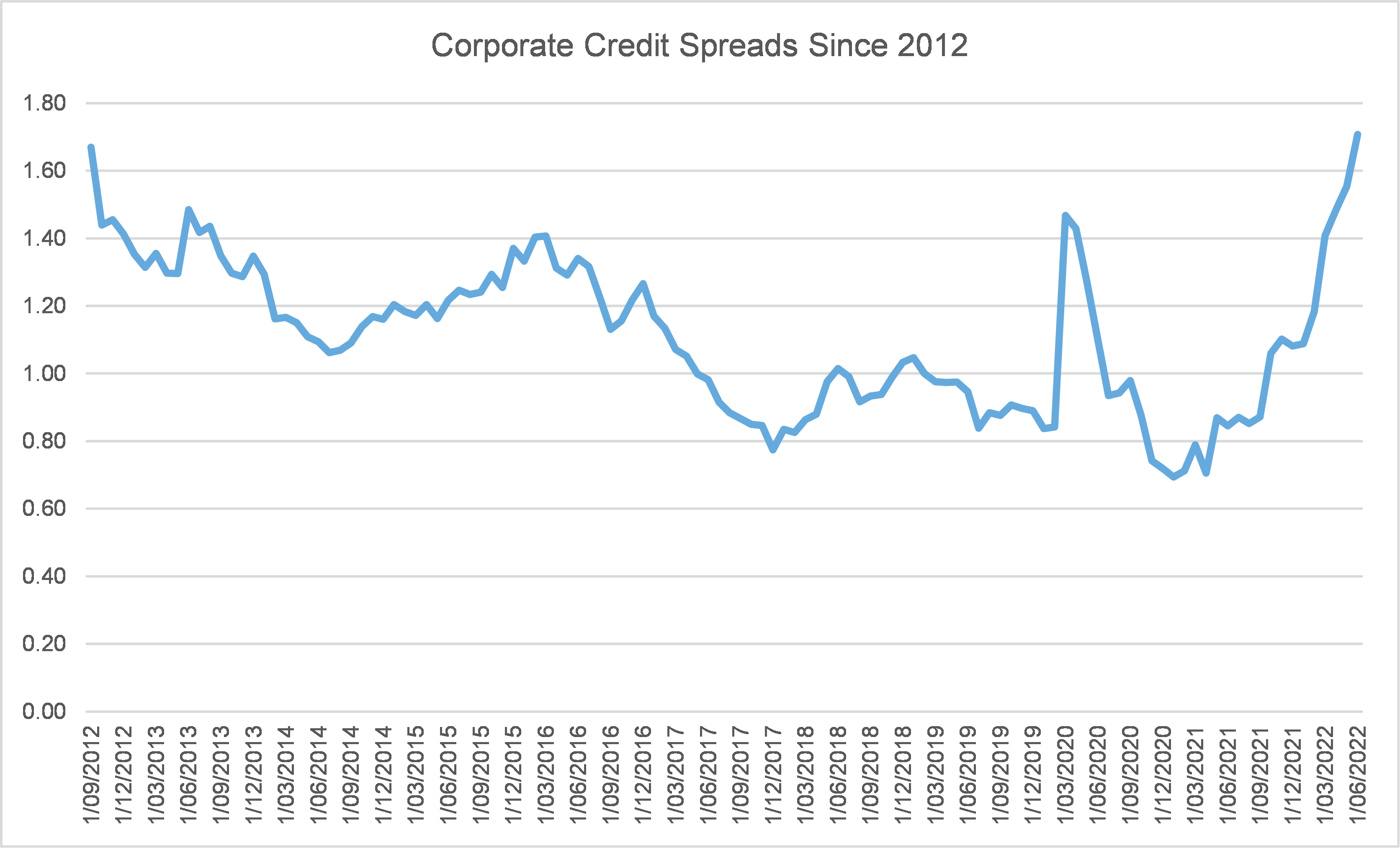 While the normalisation in monetary conditions provides opportunities, these should still be approached with a degree of caution. Turning initially to the opportunities, nowhere can these be seen more clearly than in terms of Australian investment grade credit spreads which have returned to levels last seen in 2012. On a positive note, at a headline level, investors can now lock-in the highest credit spreads seen in around 10 years. On the flipside, a return to more normal conditions is not without risks as even central bankers are unclear what impact higher interest rates will have on underlying economic conditions. Uncertainty is likely to manifest itself, due to heightened concerns regarding the risk that economies may go into recession. Against such a backdrop, investors wanting to take advantage of higher credit spreads should remain wary of assuming excessive default risks within their portfolios.

Despite the recent poor returns, the normalisation of monetary conditions by central banks has provided some of the best opportunities available from more credit-oriented fixed income products for some time. While it may be tempting for investors to ‘pile in’ to credit-oriented products to take advantage of higher yields the threat of rising defaults from a potential recession should not be overlooked. With the threat of recession looming over credit markets, a focus on maintaining exposures to highly rated ‘quality’ issuers will be increasingly important to ensure that the higher yields promised by markets will be realised in practice.

The Russell Investments Australian Select Corporate Bond ETF (RCB) provides a more concentrated allocation in well covered and understood securities and issuers. An AA- average credit quality places an emphasis on minimising worst case scenario risk by ensuring principal is repaid. RCB avoids bonds with correlated downside default and liquidity risks because of concern they would be non-tradable or illiquid in any serious downside scenario. Such characteristics are expected by Russell Investments to be beneficial in an environment where corporate defaults are expected to increase.

1 Credit spread is broadly defined as the additional yield earned over the Australian government bond yield as compensation for the increased default and liquidity risk assumed by the investor. It should therefore be considered as the additional risk premium required by investors.