Despite a minority view for a 100-basis-point (bps) rate hike, on Wednesday the U.S. Federal Reserve (Fed) stuck with the consensus and delivered its third straight 75-bps rate hike instead, raising the federal funds target rate to 3.0% to 3.25% - the highest since 2008 - and signalling more super-sized hikes ahead. 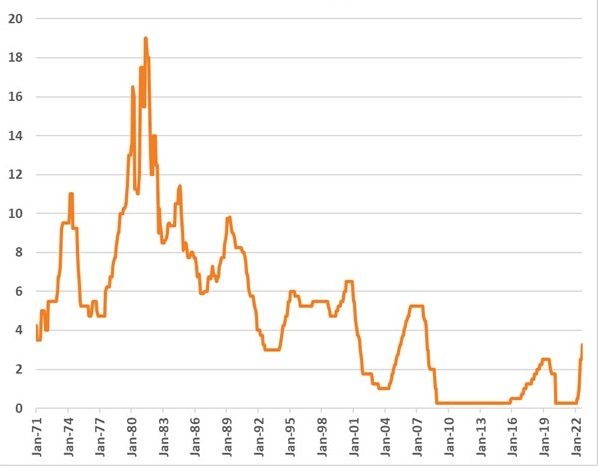 In the press conference following the FOMC meeting, Chairman Jerome Powell mentioned that there is "only modest evidence" that the labour market is cooling off. In other words, the Fed likely won’t consider the job done until the labour market slows enough to bring down core inflation within striking distance of its 2% target. The August CPI (consumer price index) report was a step in the wrong direction, with core inflation rising to 6.3% from 5.9% - too distant from its target level.